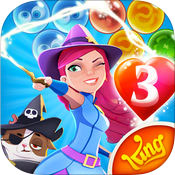 Bubble Witch 3 Saga is pretty much what you'd expect, even if you've never heard of the other two. You launch bubbles at other bubbles in order to pop bubbles and bubbles bubbles bubbles, with bubbles. Also cats.

There are a fair few variations to the basic formula, but everything centers around popping bubbles.

Bubble Witch 3 Saga makes for an enjoyable bubble popper. It won't blow the socks off of anyone who's played similar games before, of course. However, newcomers and fans of the series will likely have a good time with it.

I'm no stranger to bubble popping games - plenty of fond memories of Bust a Move - but I am a relative newcomer to the Bubble Witch Saga series. Since I've never played any of King's other bubble poppers I won't be able to make direct comparisons, but I mean it's a game about launching bubbles at other bubbles. It's not exactly breaking new ground. That doesn't make it a bad game, of course, but it's not much of a stand out either.

The superfluous story begins with a mean cat with an eyepatch stealing a thing, the series' protagonist witch Stella giving chase, and then bubbles. Yeah, I know there's a bit more to the backdrop of a story than that, but I honestly don't care. Having a plot in a puzzle game is about as necessary as putting racing stripes on a tractor. All you really need to know going in is that those bubbles won't pop themselves.

Yawn-fest of an unnecessary story aside, Bubble Witch 3 Saga (wow that name) does at least look pretty nice. The backdrops and bubbles are bright, colorful, and crisp; the characters are sporting a much improved cartoony design over the first game (from what I can tell, anyway); and the victory animations are nicely done. There's something oddly cathartic about watching Stella whip out her wand and blast a bolt of energy off into the air.

As for the gameplay itself, well, you launch colored bubbles into other colored bubbles in order to pop clusters of them. You can swap between your current bubble and the next bubble if needed, and there's a handy line to help you with aiming. Chances are you've played something like this before. There are a few minor variations to the formula by way of goals such as freeing owls (i.e. popping specific bubbles with the birds trapped inside) or reuniting ghosts with their families (i.e. clearing specific paths to the top of the level), but it all boils down to bubble popping. Even the 'boss fights,' which task you with defeating enemies via sending fairies after them. Of course you have to free said fairies by popping bubbles. Don't get me wrong, all those little variations are appreciated, but don't expect to be doing anything that isn't popping bubbles.

One unexpected problem I ran into was how unfortunate coincidence of the move limit and the random supply of bubble ordinance sometimes get in each others' way. It hasn't happened often, but I have had a couple of rounds where I was left with no conceivable way to win. A combination of only having two turns left and needing to clear out two different colored clusters, say for example red and yellow, but only having the wrong color available (i.e. two yellows), left me with zero chances. Again, it hasn't happened often but it's extremely irritating when it does happen. Especially when you consider that you're given a limited number of lives/failures that you'll have to wait to refill.

Outside of the getting stuck thing, there's really nothing wrong with Bubble Witch 3 Saga. Okay, the title is also kind of awkward. Some might take issue with the by-the-numbers free-to-play monetization but it's nothing we haven't seen before and it's no worse than you'll find elsewhere. It's a fun little bubble popping puzzle game. Thing is, there's not really anything special about it, either. Unless you're a fan of the series and/or characters, there's nothing about it that stands out from the crowd. 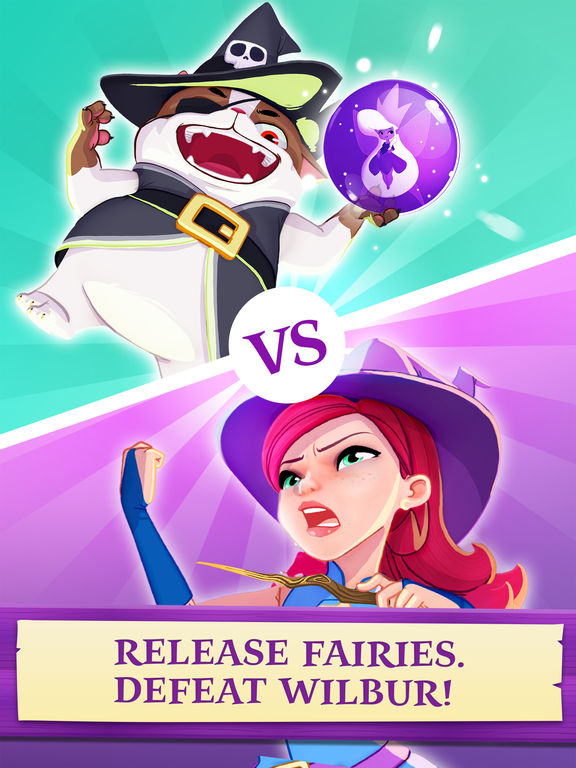 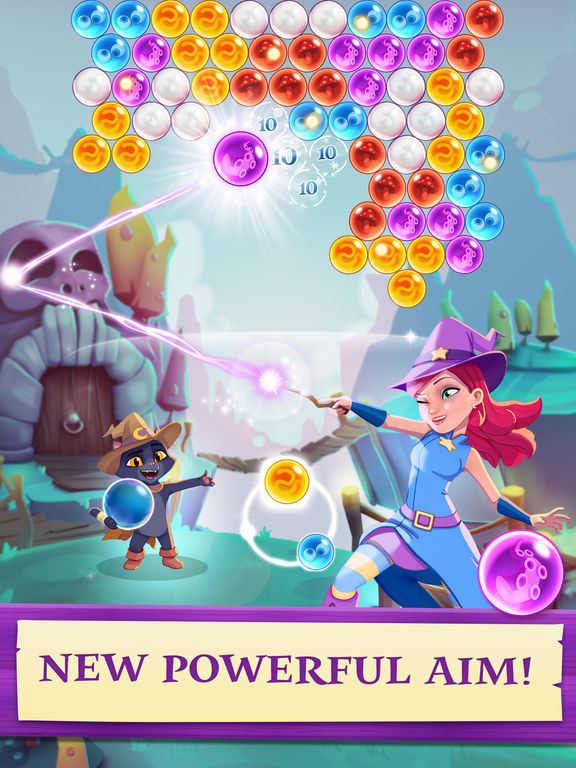