Put Your Puzzle-Solving Abilities to the Test! 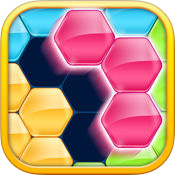 Everything Finally Has its Place

Nobody likes cleaning up clutter, nobody likes playing Tetris with their luggage, and nobody likes having to push their car out of the garage to make room for their useless stuff. If only we could find a way to become better organized in our lives. The good news is that while we all may be hopeless in real life, we can at least be masters of putting everything into its proper place with Block! Hexa Puzzle.

The objective simple: just fill in the allotted space you're given with all of the hexagonal puzzle pieces you have available. Fill in every hex! Don't leave one six-sided hole empty. It may not sound too bad, but be prepared for a shattered mind.

Putting it All Together Everywhere

Solving puzzles is fun, but who's got the space to carry all the pieces these days? Actually, everyone does, provided they have Block! Hexa Puzzle on their phone.

Here's a New Puzzle for You

Sometimes, the simplest of things can hurt your brain the most. That seems to be what BitMango has gone for with Block! Hexa Puzzle. Combining the elements of a traditional jigsaw puzzle with a bit of Tetris, and giving it some very intuitive touchscreen controls that let you fiddle around at your own pace, this app quickly proves to be something that any person of any age can play. How many are able to master it is a whole other ball game.

If Block! Hexa Puzzle deserves an award for anything, it would be 'shortest tutorial ever devised.' It has you click and drag a couple blocks on two boards, and can be completed within five seconds. It perfectly illustrates just ridiculously simple this game is. Anyone who can see what's on the screen can pick Block! Hexa Puzzle up and grasp it within seconds.

That's what's so beautiful about this app. There's absolutely nothing complicated about the basic rules. You have a bunch of blocks made up of hexagons that form all kinds of weird shapes, you have an empty frame to put them all in, and it's your job to figure out how you assemble the blocks together to fill the whole thing in. There are no time limits, movement restrictions, obstacles or anything else to impede you. You're free to tap, drag, place, remove and rearrange the blocks to your heart's content until you finally solve the puzzle.

Despite how easy this game is to play, it will also break your puny little mind! The puzzles can get tough for any number of reasons. Sometimes, the frame is just too big to immediately grasp how the blocks should be arranged inside of it. Sometimes, the blocks you're given just come in these odd shapes that don't look like they can fit together well. Sometimes, the game will play a mean trick and throw in an extra block or two that won't be able to fit into the puzzle's intended solution, just to ensure you're as confused as possible. Sometimes, it may be all three.

If the potential difficulty of Block! Hexa Puzzle is starting to scare you away, hold the phone for just a moment there! The game can get difficult at the later levels, but it doesn't start out that way. The earliest puzzles are very straightforward, and while the difficulty will grow over time, it's a very steady and gradual process. There are over a thousand puzzles included in the base game, and you can very well train yourself over a few hundred of them before you ever really hit a wall.

You also won't be left to your own devices. Block! Hexa Puzzle will often reward you with hints that will show you the definitive position for one of the blocks in your inventory. You have a lot of opportunities to collect these as well. Solving puzzles and getting achievements will usually net you a few hints along the way, and as long as you don't spend them willy-nilly, you'll probably accumulate a fat stack by the time you reach the harder levels.

However, no matter how hard the game may get, it never really feels frustrating. That's in part because it looks so pleasant. While the visuals aren't showy at all, the game has a very relaxing feel thanks to its backdrops. Every level is situated over a cool blue background while flakes of snow fall slowly down the screen. It paints a very serene picture that goes very well with the app's mostly stress-free gameplay.

More than anything, it feels invigorating to succeed in Block! Hexa Puzzle. Most puzzles can seem overwhelming when you first come across them, but as you lay blocks on them, things very rapidly start clicking into place. You can see what few places the big pieces can go, you can start making out the gaps that little pieces can fill in, and you can begin to narrow down the way everything is supposed to fit together via a process of elimination. Then you get that moment where you shout 'Eureka', for you've arranged your blocks together in a way that you can make out all their silhouettes. The high points of Hexa Puzzles definitely outweigh the lows.

Unfortunately, there is one facet to the game that doesn't feel so good: just how ad-intensive it is. While it's nice the app does nothing to limit your playtime with energy meters or limited lives, it can be quite annoying when it decides to shove a commercial in your face. It will do this occasionally between levels, or even when you start up the app, and while you can skip the videos after a few seconds have passed, it can still be pretty annoying. It especially stands out because in addition to commercials, there's always some kind of advertisement pasted at the bottom of the screen while the app is active.

Conclusion: It Has Its Place

That annoyance aside, Block! Hexa Puzzle is a pretty solid app all around. It's deceptively simple, it's challenging without being frustrating, it has a very gentle learning curve to accommodate gamers of all stripes, and it's just plain fun. Maybe it will wear out its welcome before you see the end, but that's up to you to decide. Anyone who enjoys employing their puzzle-solving skills for at least a few minutes should definitely give it Hexa Puzzle a go. 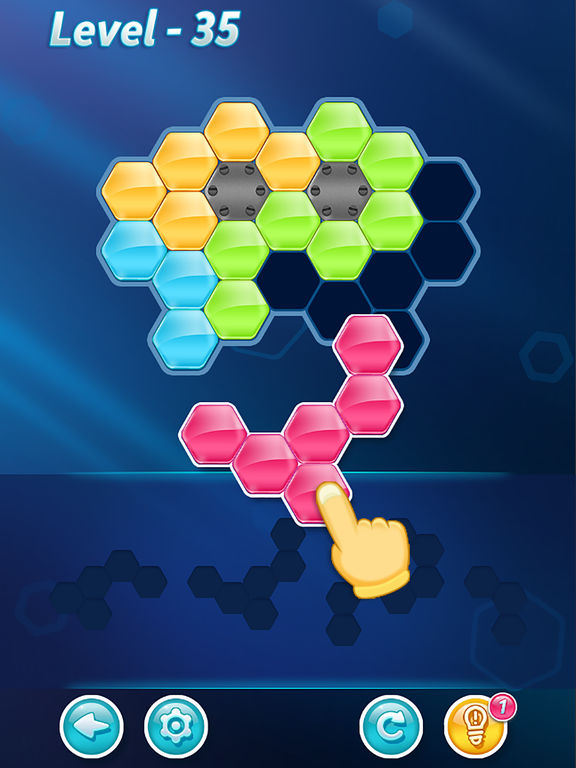 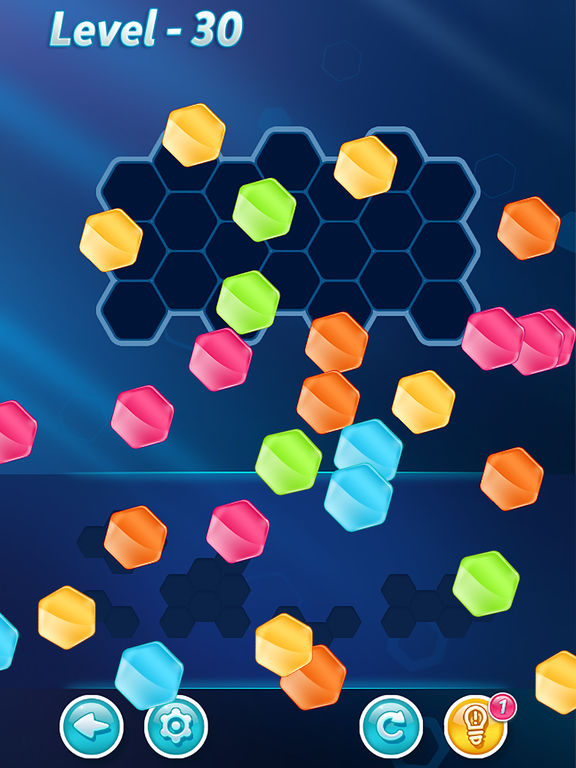