Defy Gravity Again and Again with Your Favorite Dirt Bike!

Roads are for pansies. If you want to prove to everyone how awesome you are with a bike, hit the rugged dirt that you can only find in the wilderness. If even that isn’t enough for you, then it’s time to take things to the next level with Bike Race Free.

You’ll drive the bike of your choice through tracks that are so weird, wild and physics-defying, that they had to have been cooked up by a mad scientist! You’ll make daring leaps, run loop-de-loops, and flip through the air like a madman for reasons no one could fathom.

The game is equal parts driving and puzzle-solving, so get ready to get your brain thinking at over 60 miles per hour with Bike Race Free.

Just take one look at these tracks. Then peel your jaw off the floor. Chances are high that you have never once seen tracks like this in any computer or mobile game to date. Fortunately, looks can be deceiving. As impossible as these tracks may seem, you can indeed beat them all. Just take a moment to plot out your path and use the amazing controls that can only be afforded to you by an iOS or Android-powered device.

You would think that running through these crazy tracks by yourself would be enough. Just in case it is not, then think about what it would be like if another player joined in on the fun. Bike Race Free hosts a way for you to prove your superior handling over other players on the online tracks.

If you’re in the mood for a game that is fast-paced and cerebral, then there is no way you can go wrong with Bike Race Fee. Running through its many tracks will require you to have fast reflexes and perfect hand-eye coordination. You will also need the abilities to plan ahead, think outside the box, and improvise on the fly. There’s no reason to hesitate.

The name is not jut for show; Bike Race Free is completely free and it deserves a place in your device’s library. 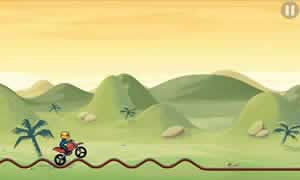 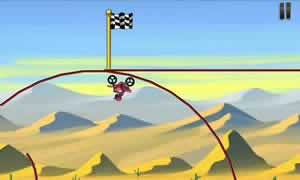