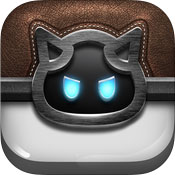 In Battle Camp, there are tons of monsters dotted all throughout the wild landscape. Go adventuring and wander around to encounter new monsters. Collect their eggs, hatch them and see what unique attributes each monster has. Over 800 unique monsters are available in game.

In Battle Camp, the monster battles incorporate classic match 3 gameplay with a twist: You can move gems anywhere on the board. Usually, you can only swap adjacent tiles when playing match 3 games, so this adds a whole new dynamic to this style of puzzle.

The game board is populated with gems that each represent an element. Each monster corresponds to a particular element, so the matches you make on the board serve as commands to your monster team, charging and directing their attacks.

Right away, Battle Camp lets you totally customize your character. No need to wait! You can change everything from gender, skintone, eye color, hair color, hairstyle and clothes. You can also select your name. Once you have your character customized to your liking, you can go out and face the world in style.

You, as a player, can level up. Your monsters can level up as well. Get out there and get to battling to rack up that experience!

The world in Battle Camp is huge, with lots of area to go forth and explore. This world is massive, live and persistent, always there and ready for adventure.

You and every other player of Battle Camp play within the same world. Go head to head in real-time PVP tournaments, join a Troop with other players and test your military might in Troop Wars and battle it out in monthly Raid Events.

As your monsters grow older, an effective way to keep them leveling is to feed them. What do you feed a growing monster, you ask? Other monsters, of course! Hatch monsters to keep or feed, your choice. Each feeding costs stones, so be sure to choose monsters wisely.

Like other popular monster games, Battle Camp gives you the opportunity to evolve your monsters! Evolution has its pros and cons, so it’s important to weigh your options carefully. Getting your freshly evolved monster back up to the level they were before the evolution will take significantly longer than it did prior to evolving.

Battle Camp is a virtual world full of wild beasties and incredible multiplayer adventures. A free to play MMORPG that’s well worth the download. Explore, gain experience and master the strongest monsters possible! Survey new worlds, go head to head with your frenemies and catch them all!

Most mobile games feel rather small. Even in games with hundreds of levels, each individual stage is rather compact. If you’ve ever wished for wide open spaces, Battle Camp for mobile is going to be a breath of fresh air. The world in this game is massive, free, open and persistent, meaning you can wander all over the place. Better still, you can wander with your trusty monster companions. This monster themed MMORPG has some unexpected puzzle elements to it too. Overall, does Battle Camp deliver a worthwhile gameplay experience? Read on to find out!

A Multitude of Monsters

This world is chock full of monsters. As you explore this spacious landscape, you and your monster crew will encounter monsters out in the wild. If you face them and defeat them, you have the chance to score an egg to hatch. There are over 800 monsters to find in game, giving you plenty of beasties to find and collect!

Unlike the majority of mobile apps, Battle Camp takes place in a giant, persistent world. The world is huge and open, with plenty of space to go and roam in. You and other players all exist within the same game world at the same time, making interactions not only possible but also expected.

When your monster crew encounters another Ranger or a wild monster, you will be presented with a grid containing tokens that represent elements. Your monsters all have a corresponding element, so when you make matches on the board that involve their element, the monsters will attack the opponent.

This is an interesting gameplay element that makes it feel like you as the player are an active participant in the battling process.

Unlike other match 3 games, you are able to move the pieces anywhere on the board! You aren’t just swapping adjacent tiles. You drag tokens anywhere you want, making the possibility for mega moves higher.

Removing this limitation removes some of the difficulty of the match 3 style puzzle, but having to keep track of your monsters and their corresponding elements adds challenge enough to make up for the loss. Water is good against fire… etc, and you’ve got to keep track of that during the battles.

The battles are turn based, so if you happen to make a poor choice, your enemy has the opportunity to strike at you, dealing damage even if you’ve effectively burned your turn.

This game has a cartoony style that makes characters look simple and cute. The monsters are highly stylized and well designed, but they are also drawn with lines that are simplified and cute. Overall, the world and its characters are adorable.

The sound is well done too, and the music is perfect for this fast paced battle game. The soundtrack sounds strangely reminiscent to the soundtrack of the smash hit anime series, Naruto and Naruto Shippuden. The soundtrack fits the game quite nicely, setting the mood well with a great blend of hard and soft elements.

Amazing Amount of Detail and Complexity

At first glance, this game appears to be fairly simple. However, like other monster games such as Pokémon, there is a whole world of complex strategy, stats and attributes underneath the surface. Monsters are born with random zodiac signs, for instance, and these grant a passive stat boost that’s hidden from other players. These random stats have different qualities that will yield different results in battle. A serious player will hatch monsters until they find the passive stat they’re looking for.

There is basic leveling of the monsters, but there is also evolution of monsters as well. Evolution costs quite a bit in terms of money and time, with evolved monsters taking longer to level than unevolved ones.

Finally, there are two qualities of evolution: Normal and Perfect. Getting a perfect evolution is more challenging than a normal evolution.

Some players will enjoy just playing the game without getting into the more complex stuff like passive stats and evolutions, but those elements are there for the players who enjoy that sort of complexity and challenge.

This game is an MMORPG at heart, so its multiplayer is top notch. There are Troop Wars, Raid Events, real-time PVP events and more. Troops are available for players to join, facilitating cooperative gameplay between players in-game. Overall, Battle Camp really shines as a game played together with friends.

Battle Camp makes it possible to raise and care for an adorable monster pet on the Apple Watch. I don’t have an Apple Watch, but the screenshots I’ve seen of the Apple Watch version look like an updated take on the Tamagotchi concept that was all the rage around the turn of the millennium. The Apple Watch version of the game and the iPhone version are integrated, meaning that the little hatchling you’ve nurtured and cared for can be unleashed as a valuable member of your monster team. For those with an Apple Watch, the monster pet minigame is a must play!

Battle Camp is a solid game, so it’s rather surprising and bewildering when the game takes a turn for the spammy. It starts from the moment the game is booted up. The game does a wonderful job of making it look like it’s necessary to give the app access to absolutely everything on your device along with all of your info. It doesn’t look like it, but you do have the option to skip these prompts.

Then the game moves on to demanding Facebook integration and other special permissions. These also are unnecessary, so weigh your options before giving this game access to every little thing.

Once you get done with the initial barrage of permission demands, the game continues on its quest to make you share, one way or another. When you level up, for instance, the game makes it look like the only way to escape the dialog is to hit the only button available, the Share button. Having the game strong arm players into “sharing” their good news via social media feels extremely spammy and frankly, cheap. Just so you know, you can escape without sharing by clicking the background.

Battle Camp is a good game that doesn’t need to resort to such underhanded methods to get players to share the game. The game is cheapened by this.

Gold cannot be easily earned within the game. So if you want to have gold, you will do well to just purchase it. The offers you can complete for gold are typically rather shady, involving activities like signing up for insurance, giving out your credit card info, downloading specific apps or trying to fill out surveys that are well-nigh impossible to complete. Parents, you’ve been warned! If you let your kid play this game, be sure to discuss your expectations with your child, otherwise you might be unpleasantly surprised by an influx of spam and unwanted app downloads.

A game like Battle Camp is so large and complex that it’s difficult to encapsulate within a single review. It gives back as much as players put in, providing an unexpected amount of depth and complexity to players willing to explore those aspects of the game. The multiplayer is wonderful, which is to be expected from an MMORPG. Overall, this game scores a very strong 7.0: Great! Highly recommended for fans of Pokémon and MMORPG games. 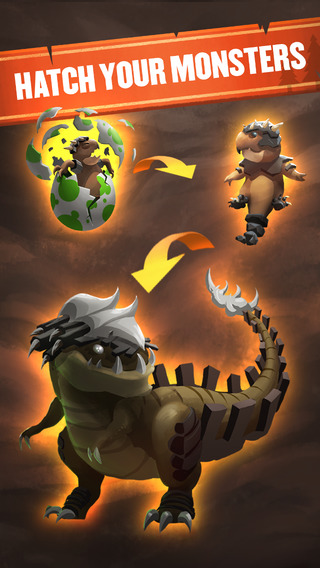 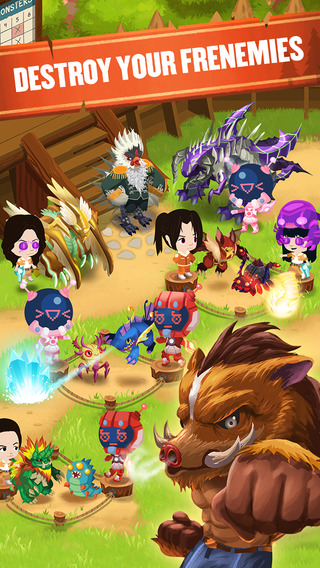