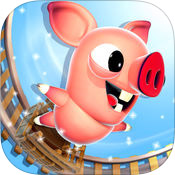 The Pig is up

A pig has escape from prison, and you have to keep them moving. That's the entire point of Bacon Escape. The trick is to time your screen taps well enough so as to keep various hazards from ending the escape prematurely.

Knowing what to look out for, and how to keep it out of the way, is very important.

Live for the Chase

Bacon Escape is a pretty solid auto-runner, truth be told. It's pleasantly cartoony, tasks players with manipulating the environment rather than the runner, and has lots of characters to unlock. It can sometimes be tough to spot the smaller hazards due to all the activity on screen, but all things considered that's a minor gripe. Ultimately it's a fun time and worth the download.

I have no idea what this pig did, but apparently freedom was really important because Bacon Escape immediately starts with a dramatic prison break. Well, the last bit of the prison break, anyway. The pig comes busting through a wall, then proceeds to ride a mine cart down a series of hazard-filled tracks, presumably in the name of freedom. It's an excuse to make an auto-runner, I guess?

Bacon Escape took me a bit by surprise, to be honest. I wasn't expecting it to be in 3D, much less look as good as it does. I don't know, I think I somehow managed to avoid looking at screenshots before playing it. My point is I was thinking it would be a 2D (i.e. flat) endless runner about a pig in a mine cart. Instead I got something a little different, and a little better, than that. I mean it's still about a pig in a mine cart, but it's better looking and more fun than I thought it would be.

The other thing about Bacon Escape that took me by surprise was the auto-running itself. I was expecting to be tapping the screen to make the mine cart jump, as is usually the case with these sorts of games. Instead, tapping the screen affects the hazards that appear along each level's path - flipping spike strips over, activating springboards, and so on. I know this isn't a new concept or anything, but it's still a change of pace from the norm even if it's been done before. I especially like how there's a little variety in how the hazards work: blue ones need to be flipped with a single tap, red ones require tapping and holding the screen to move, and so on.

Aside from general progress through the different levels (yes, there are levels), I'm also fond of all the different characters and carts that you can find and unlock. They don't actually change anything in the game itself, but I always like customization options in my games no matter how simple they might be. I'm currently using an old Model-T looking car and it's being driven by a cat!

The one problem I've run into (almost literally) in Bacon Escape is the way some of the hazards are presented. It's not a terribly common issue, but on more than one occasion the size, positioning, or orientation of a hazard has made it extremely difficult to parse - leading to me crashing into something that I honestly could not see coming. I mean if I time my taps wrong or whatever that's one thing, but to think I'm in the clear only to run into an extremely hard to see spike trap that's partially obstructed by birds or blends in to a wooden fence that's behind it feels wrong to me. These moments, infrequent though they may be, trike me as a bit unfair.

Don't Have a Sow, Man

I can't stay mad at Bacon Escape, though. For the most part failure comes down to player error, and aside from that one annoyance it's actually quite enjoyable to play. I can see myself getting tired of it eventually, as it always the case with me and arcade-y action games, but I know it'll be fun while it lasts. 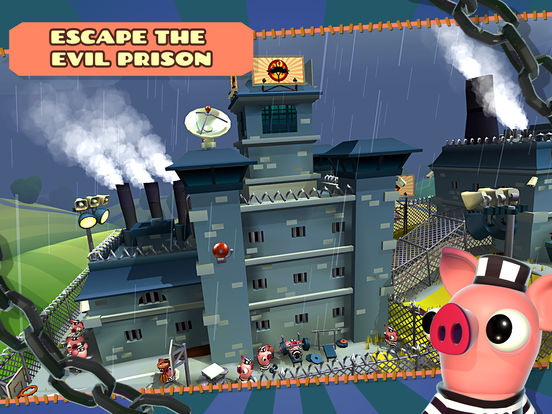 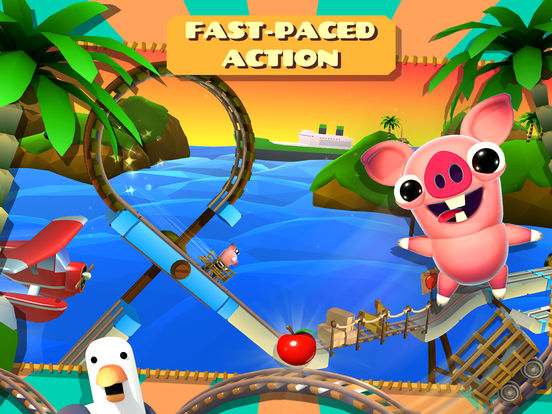