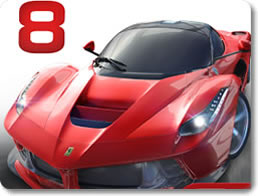 Perform Daring Leaps, Flips and Stunts as You Race to the Finish!

The Most Dangerous Racing Game

Driving safely is for the birds. In Asphalt 8: Airborne, you’re going to drive in style! Hop into your favorite sports car, slam your pedal to the metal, and activate the nitro boosters to break the sound barrier.

While you’re at it, don’t let a little thing like gravity keep you down like a chump; hit the ramps at full speed and take to the sky. Perform as many suicidal stunts as you dare while you overtake your ground-based opponents. When you’ve gotten sick of their shenanigans, ram them into the scenery and turn their shoddy cars into burnt husks of metal.

In Asphalt 8: Airborne, you either drive dirty and dangerously, or you don’t drive at all.

Feel the Wind on Your Shield

You’ve never experienced the thrill of driving until you’ve played Asphalt 8: Airborne. The sheer amount of speed this app will put you through should get your adrenaline pumping faster than the end of the world could ever hope to achieve. Just keep some ice handy, for it might set your device on fire!

No Shortage of Racing

Variety is the spice of both life and Asphalt 8. There’s more than one way to burn rubber on the highway, and the game will let you experience as many of them as current technology will permit.

When you have had your fill of the singleplayer campaign, then you can take your game online and challenge other players.

It Goes the Distance

Asphalt 8: Airborne is undoubtedly one of the fastest and craziest racing games ever made for mobile systems everywhere. Half your time will be spent careening through the air, and the other half will involve literally destroying the competition.

With dozens of cars to drive, hundreds of races to win, and potentially millions of players to take on all over the planet, you have one of the best and longest-lasting racers ever made. Best of all, it can be played for free. 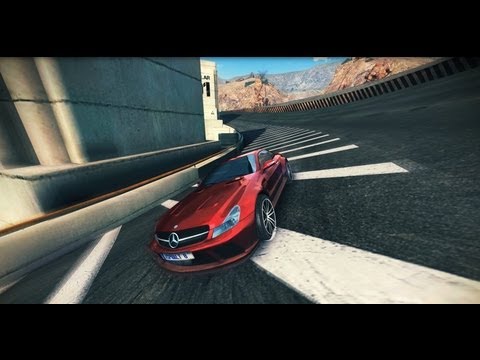 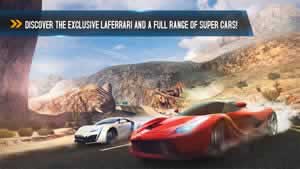 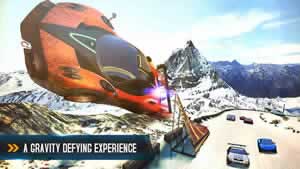