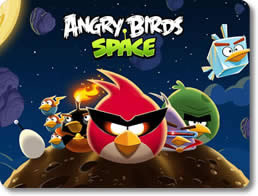 The Birds are Ready for Takeoff

The birds are back and they’re going where no bird has ever gone before! Angry Birds Space takes everything you have learned and loved about the franchise so far and turns it all on its head.

Gravity is no longer the comforting and ever-present force that keeps you grounded to the earth. In the vacuum of space, it only exists around the celestial bodies that are large enough to generate it.

Launch birds out of orbit, across zero-gravity environments, and into the pigs’ new space-faring structures. It’s a new frontier and it will change the way you play Angry Birds forever!

Those pigs just never give up. Every defeat they suffer at the beaks of the birds only fuels their hunger for eggs even more. They have now mastered space travel, engineered sophisticated rocket technology, and established an empire across the galaxy.

With their new resources at hand, there is surely nothing in the birds’ arsenal that can stop them. They couldn’t be more wrong.

The birds’ fury is so strong that not even gravity can contain them! As they chase the space pigs through the wormhole where their latest clutch of eggs was taken, they develop new superpowers that will aid their battle in the dark reaches of deep space.

Experience New Ways to Get Angry

This is not your run-of-the-mill Angry Birds game. The new setting for Angry Bird Space revamps the mechanics in ways you never thought were possible. You’ll still be launching those foul-tempered fowl at the greedy swine, but there are now all sorts of new factors you have to take into account that call for more creative solutions.

Adding a Coat of Polish

Angry Birds has always been highly addictive, but Rovio knows that you can always do better. Angry Birds Space boasts a variety of improvements on the old formula that makes it a more fun experience than ever before.

The universe is an unimaginably vast place filled with infinite possibilities. Angry Birds Space is no different and it will prove it as you tour the wacky galaxy that our feathered friends reside in.

For a lot of us, a new Angry Birds game is always a cause for celebration. However, Angry Birds Space rockets past all expectations to become the craziest and most imaginative entry in the series yet. The game is just as comical as ever, the variety of puzzles is utterly fantastic, and the new gravity-based mechanics add another layer to the timeless gameplay.

Veterans and newcomers to Angry Birds alike will find a lot of fresh material and invigorating challenges when they take the trip into space. 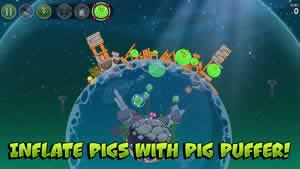 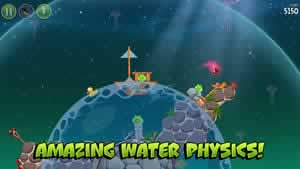