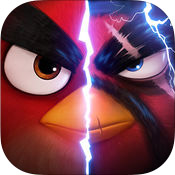 Just in case you haven't gotten tired of smacking birds and pigs together (who would, really?), Angry Birds Evolution is here to give you more of what you crave. Only now it's viewed from a top-down perspective, is in 3D, and plays more like air hockey or pinball. Not exactly an 'evolution,' but not a bad change, either.

Teaming up is for the birds. Seriously, you'll want to constantly beef up your team of birds.

It's possible to brute force your way through most levels if your team is strong enough, but with the right technique you can come out on top even when the odds are stacked against you.

While Angry Birds Evolution isn't a huge departure for the series, it isn't a failed experiment. It does fall into a few of the same bad habits of other freemium games, but overall it's a fun - if simple - time.

Yeah, okay, the 'evolution' in Angry Birds Evolution isn't entirely accurate. I suppose you could look at it as a sort of evolution of the original in the sense that it goes from a side-view 2D game to a top-down 3D one? I mean it's still about launching birds at pigs, but I guess now it's more like pinball or air hockey. Not that this is a bad thing, of course, in fact it's pretty fun, but it's nothing as dramatic as an 'evolution.'

While the core gameplay of Angry Birds Evolution is somewhat similar to the earlier games, the game does stand out quite a bit thanks to its visuals. The 3D models look great and the animations are certainly nice, but for me the big selling point is how varied the bird designs are. While they're still broken up into different types by color, and color denotes their special abilities, there's an impressive amount of visual distinctiveness even between birds of a feather, so to speak. One red bird might be a very small, round, wild-eyed fellow while another red bird is much taller, thinner, and mellow-looking. There are some minor differences between the birds' stats, too.

The perspective change manages to preserve the fun, thankfully. Now, instead of launching birds at pigs in fortified locations via a slingshot, you've got to knock them into pigs like a pinball. A well-placed shot will cause your bird to ricochet all over the place- causing all sorts of damage, pushing targets into new positions, and possibly wrecking parts of the environment that the piggies might be hiding behind. Being able to use the various birds' special abilities to further manipulate the field or cause damage to multiple pigs at the same time is also pretty darn satisfying, especially if you manage to group them together just right.

Interruptions are an oddly common problem, though. Like, I get it. This is a free game with a fair number of moving parts that all need to be explained properly. Doesn't mean I have to like it when a game falls into the familiar pattern of tossing up un-skippable tutorial messages or forces me to check out a specific menu option that I already understand due to playing any other freemium game before in my life ever. Either not interrupting me constantly or giving me the option to skip over all the obvious and repetitive stuff would have been super.

I also can't shake the feeling of having played several games like this before. Granted, Angry Birds Evolution certainly looks nice and the various special moves are fun to pull off, but that stuff is more cosmetic than anything. I still think it's fun, of course. It's just... familiar. Which could be a problem if you play games like this more often than I do.

Fun Enough for What it is

As I've said probably way too much at this point, Angry Birds Evolution isn't really an evolution. It's a bit of a departure from the earlier games that launched an empire, but it's something we've seen before (without birds) and not all that different from the other Angry Birds that came before it. Plus there's all the annoying interruptions that don't let up for a good long while. Still, there's no denying the mindless fun of smacking pigs around with birds, or lining up a perfect special attack that takes out multiple targets at the same time. 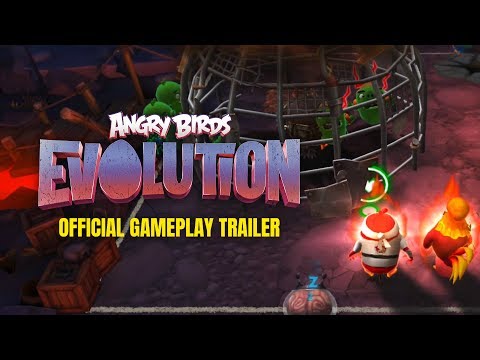 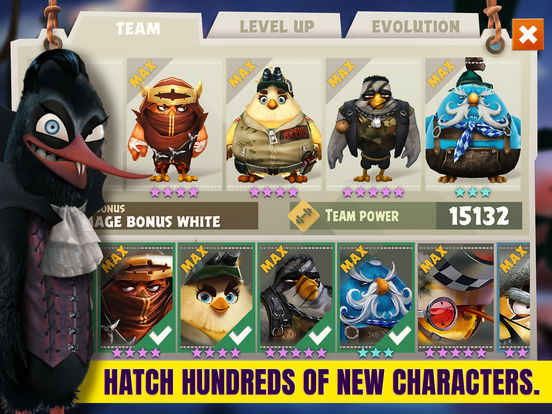 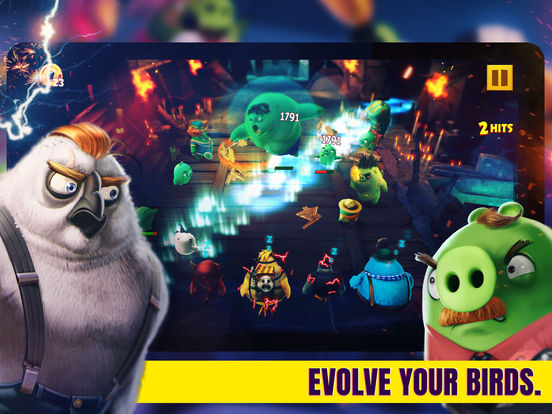