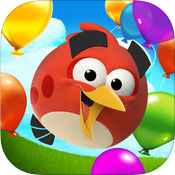 Join the Angry Birds in a Balloon-Popping, Pig-Crushing and Brain-Bending adventure!

The Flock has Flown Into Another Mess

Every year, it's the same thing. The Bad Piggies steal the Angry Birds' eggs, and the Angry Birds smash their forts in retaliation. This year, things are different. There's still a lot of smashing to be done, but now it will take fewer slingshots and more brainpower to send those pigs back to their maker in this brand new spin-off to the award-winning Angry Birds franchise.

The Birds are trapped in balloons, and it's your job to get them out! Only by grouping matching birds together will they have any hope of flying free again.

Ready to Have a Blast?

Angry Birds Blast has the Flock return like you've never seen before! They may be trapped and deprived of their slingshot, but anger never dies, and pigs don't live long. Don't believe it? Download Angry Birds Blast and see for yourself what a bird in a balloon can do!

An Old Franchise in a New Form

The Angry Birds franchise is no stranger to spin-offs. When the easily-aggravated avians aren't busy slinging themselves into porcine fortresses, they're racing cars, blowing bubbles, or just plain duking it out with swords and magic. Angry Birds Blast is yet another alternative take on the series where the war between bird and pig is fought within the humble balloon.

There doesn't seem to be any real story in Angry Birds Blast. All there is to go on is that the birds have been imprisoned inside balloons, and it's your job to get them out. This is done simply by tapping any group of matching balloons that have gotten bunched up and watching them pop. This is not a match-three puzzle game. You don't swap balloons around to form matches; you simply examine the board for any matched-up groups and pop them. While this formula gives you less to work with than a traditional match-three game, there's still a degree of strategy involved in that you want to pop balloons up in ways that allow even more massive groups to form when lower rows shift upward.

While it may not play like a traditional Angry Birds app, Angry Birds Blast still has all the trappings that we've come to know and love. The birds stew in silent rage from within their rubbery prisons, the pigs giggle and gloat in victory, and there's ample destruction to be had when objects crack, shatter and blow up.

The color palette is as bright and vibrant as ever, and there's lots of personality to be had. This is especially evident on the map screen, which gives you a birds-eye view of the Angry Birds' home territory, with its grassy plains, steep plateaus, and the assorted antics of the flock and pigs doing their thing. Bad Piggies man some airships, Bubbles plays on a swing set, and Matilda waters her carrots. It's very cute, but in true Angry Birds fashion, not enough to be irritating.

Another Day of Rage

The app is brimming with personality, but its actual gameplay can at best be described as 'serviceable'. As stated before, there is strategy to be found in the baseline gameplay, and Angry Birds Blast boasts a number of features that give it some added depth. Like many puzzle games, there are all kinds of power-ups, or Boosters as they're referred to here, that you can produce based on how many balloons you pop at once. They're pretty basic; you have your row-and-column-cleaners like the Rocket, you have the Laser Gun that destroys all balloons that match its color, and the Bomb that blows up every balloon around it. They work, but anyone who's played an ample amount of Candy Crush Saga or Bejeweled won't find anything original here.

The more interesting bits are the ones that take advantage of the Angry Birds aesthetic. Some balloons contain extremely ticked-off avians who will liberate a random bird immediately on release. Some birds appear on the grid already free, and they take the first opportunity they can find to free any matching birds that appear next to them. You also have obstacles that come in the form of the usual building blocks that the Bad Piggies use to make their forts, like glass, wood and stone, as well as the Bad Piggies themselves. Both of these must be eliminated by popping balloons adjacent to them, and in the case of the pigs, blowing them up is often necessary to completing the level.

Not Quite a Blast

It's cool to see the trademark mechanics of Angry Birds translated into a different format, and it never gets old seeing the Bad Piggies squeal in horror as they fly into the camera after getting blown up. However, no matter what obstacle you're contending with, it's always removed by popping adjacent balloons. Sometimes it takes one balloon, sometimes it can take several, but it's still the same process at the end of the day. Angry Birds Blast may not be a match-three game, but with how repetitive it gets, it can make one pine for the likes of Bejeweled and Candy Crush, both of which do a better job at mixing things up and upping the ante.

Speaking of which, Angry Birds Blast shares the common weakness that all matching puzzle games have in that it often feels like luck is the deciding factor between failure and success. Beating the more challenging levels often requires you to make some Boosters and combine them in outrageous ways, but opportunities to form those just don't always come. Combine that issue with the limited lives you're given that force you to wait once they've all been expended, and you have another app that will do its best to frustrate you. Having friends can ease things somewhat, as you can always share lives among one another, and the game is generous enough to grant free Boosters if you're willing to watch an ad, but these are only small concessions at best.

Conclusion: More of a Pop

Angry Birds Blast is a polished title with the same charm and humor that makes us love those testy little avians, and it does its job as a puzzle game competently. Besides that, it's an otherwise unremarkable title where the developers clearly played it safe. You'll have plenty of fun with it if it's the only mobile puzzle game you play, but it's no replacement for some of the more involved puzzlers out there. 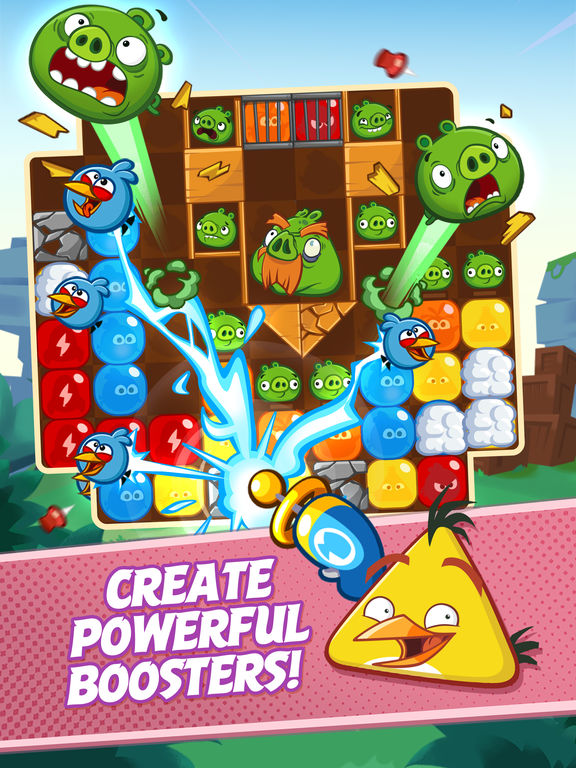