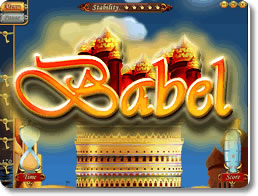 Build the Tower of Babel by solving word puzzles - 25 different mini-games to play!

It's time for Babel Deluxe! If you like more variety than the standard word game, Babel gives you 25 different games to play that will test your mind and keep you interested for a long time.

The goal is to build the Tower of Babel by solving different types of word puzzles like word finds, letter grids, and games you probably have never played before. Get a good score on the level and you will be able to add larger tower pieces to your construction project.

What makes Babel Deluxe so fun is the variety and fast paced nature of the game. You only spend about a minute or so on each word puzzle before going on to a completely different one. As you pass the puzzles, even more word game types are unlocked for you to play. With 25 different word games in all, Babel Deluxe offers the most variety of any puzzle game we offer!

Babel Deluxe stands apart from other word games in a great way. This word game, or rather collection of 25 games has you completing games to build a tower into the heavens. As you succeed your tower gains height and you acquire keys that unlock different word games. The games vary in category and each brings about a new and unique element to the game.

In Babel Deluxe your goal is to build a tower to the heavens. Towers, as you may have guessed, are expensive so you need to earn money by solving word games to purchase the pieces. The games are divided into five categories which are: Action, Find, Create, Memory, and Solve. Each of these categories has five games within it. For the Find category you might play games like a word search, and in Solve you might play Caesar's Puzzle, which is a word game that has you insert letters to solve words. Each of the categories is unique, the games in them are different, and many are new to this game.

As you play and succeed you earn coins which are used to purchase new additions for your tower. The better you do in the individual puzzles the more coins you earn and the bigger portions of a structure you can purchase. As your tower grows you earn keys which are used to unlock new mini-games. Like mentioned above, there are 25 mini-games in all and once unlocked, playing them is at random. If you are unsuccessful in the games your tower will lose hearts and become less stable. If you tower becomes too unstable, it can tumble to the ground and the game is over.

As far as graphics and audio are concerned this game is great. The image of the tower and city in which it is built is very detailed and vivid. The sounds are simple and add a lot to the game. Though there is nothing is too spectacular about the graphics within each game, nothing is lost graphically. The game's playability is only increased by the audio and visual features.

The increase in difficulty is one factor of the game that is difficult and might bring about problems, especially for younger players with less experience. Initially, the game is really easy and solving the puzzles can be done quickly without much trouble. However, as you increase and unlock more games, the difficulty increases quickly and immensely. For example, the word search under the Find category triples in words but remains constant with time after the third time playing. This gives you about a minute to find around 15 words, which is really difficult.

Another small downside of the game is with the mini games. Though a lot of them are great and many are new and distinct to this game, some of the games are not very fun. Because selection of what you play is random, you are forced to play games that are less than par. This is not a huge flaw because the games go by quickly, but it can be a drag and cause problems when you are trying to build your tower without it collapsing.

Babel Deluxe's creators deserve a lot of respect for making a word game that is new and distinct from others in the genre. This game lets you play 25 different game modes which are all unique and mostly fun. This can be played by almost all players, but the increasing difficulty might pose a challenge for some. Babel Deluxe is highly recommended especially if you are looking for a new word game that leaves the Boggle and Crossword gameplay model. 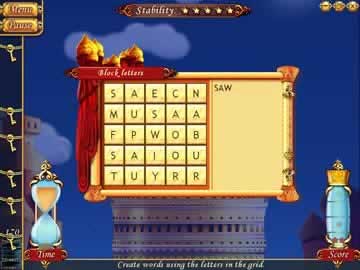 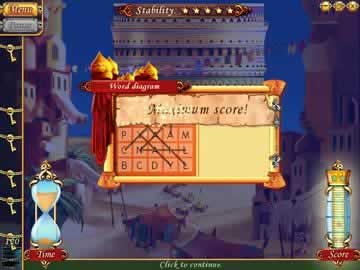