Create a powerful civilization that will thrive and dominate the world! 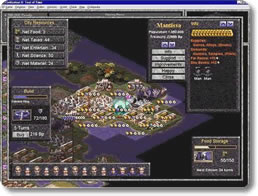 In this game of war and strategy, you will use all your skill to conquer and dominate other nations and tribes. There will be new legends and a new history written based on your decisions. Rule the world with skill and defend your people with strength when they are attacked by other ruthless tribes! Dominate the world scene and you will see how the decisions of one person (you) makes can affect the history of nations!

Once you strengthen your people, you will have the ability to travel to and conquest other worlds. Spread your dominance and wisdom throught all the world! There are two ways to win; be the first to conquer the world or the first to have your spacecraft land on another planet.

The game will begin at 4,000 B.C. with very few scientific advancements available yet the whole world will be laid out for you to conquer. By wise play and even a little luck, you will be guiding your troops to victory! In order to obtain victory you may have to form alliances with friendly tribes and go to war with enemy tribes at the appropriate times. Enjoy this interactive strategy game and soon be ruling the world!

Civilization 2: Test of Time continues the series addictive turn-based strategy action with plenty of new and interesting features. The Civilization series set the standard for 4X (explore, expand, exploit, and exterminate) gaming and Civilization 2 doesn't disappoint. It takes only a few minutes before you can start building towns, researching new technologies, building city improvements, and training soldiers to conquer your enemies.

Tons of Options in Configuring Your Game

One of the most intriguing aspects to this title are the options you have in creating a game type. You can change the map in several ways such as the configuration of the land masses, size of the overall terrain, types of tiles with temperature, and choosing up to 7 enemy civilizations to compete against. With six different difficulty levels, these options allow players to setup a game to their liking and adds to the replayability.

Lots of Tribes to Play As

Also, the choice of tribes to select from has been greatly increased with a total of 21 different tribes to choose from, such as the Sioux, Zulus, Romans, French, and Celts, and figuring out how to best utilize each one to achieve victory is very intriguing.

Overall, there are few things wrong with Civilization 2 and in most cases any issues are definitely overshadowed by the fun and addictive gameplay. The diplomacy screens could be slightly easier to use since it takes several of them just to get to where you want, like demanding a technology from a weaker opponent.

Also, the movement at times could be a little clunky when trying to send your units across larger distances, but this problem occurred pretty rarely. These topics are rather slight in comparison to the many positive features to this game and don't detract from the gameplay all that much.

Civilization 2: Test of Time is a great addition to this now classic series and is sure to please strategy fans of all ages. The management options and strategies are both deep and varied, providing hours of fascinating gameplay. The huge amount of technologies to discover and units at your disposal keep your interest as the hours of gameplay fly by and make you want to play for “just one more turn”.

If you haven't experienced a Civilization game before, you should definitely give the demo a try and get a taste of the amazing gameplay. 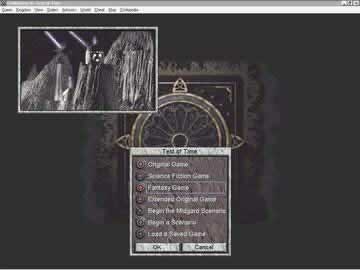 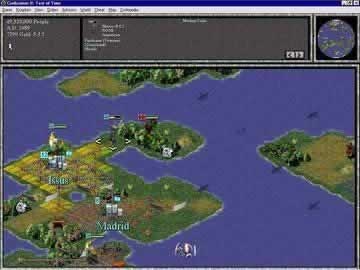