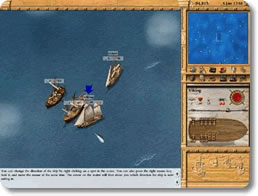 Editor's Update (10/24/14) - There is no longer an official demo or free trial available for Patrician 3.  However, you can find a low cost, full version digital download either at Steam or Good Old Games

In Patrician III, you will start the game deciding which of 12 potential Hanseatic cities to start from. A Hansawhat? A Hanseatic city was a designation given to a city in medieval times which essentially meant it was ruled by a local government league rather than a Duke or Baron. This designation was a pre-cursor to some of the national borders we are familiar with today.

You will be building a city which will eventually allow you to be the ruler of the whole Hanseatic League!

You will buy and sell goods within your town and export to other places to help your economy. Building a tavern will be essential for entertainment for the community.

At these taverns you may have the chance to meet up with people who can help you to increase your productivity or be good partners! Will the town scoundrel help give you clues on what might be a good buy in the near future? Will you trust him?

Build buildings, buy ships, fight enemies, do it all in this game! You will have the chance to choose between 6 different playing speeds which will allow the novice and advanced player alike get information necessary for difficult decisions!

Patrician III is a sea trading game with tons of potential. This game will have you building and buying ships, while sailing from city to city trading goods for profit. Your conquests will take you all over the North and Baltic Seas traveling to the Hanseatic cities including Lubeck and Riga. Patrician III is an extremely in depth game that will cause you to think and explore on your own. If you enjoy strategy rich simulation games this might be the perfect fit for you.

The rich strategy element of Patrician III is potentially its best and worst feature. This game is complex and it will keep you busy and involved. However, if you are not a fan of in depth games you should stop reading now. Patrician is not one that you can just sit down and pick up.

Tutorial Helps With Some of the Complexity

You will certainly have to play the tutorial, regardless of your skill or familiarity with games of this genre. The tutorial is a must and requires time. You will need to spend over an hour figuring out the game, just through playing the tutorial. This does a great job of explaining the tools and buttons of the display, but figuring out the finer details can only be done through hands-on exploration. Regardless of the six difficulty levels in this game, figuring out the main concepts and strategy is a challenge.

The game opens with a very in depth and graphically impressive video narrated by a successful Patrician. He talks about his journey and about the obstacles he had to overcome to make it to where he is now. The patrician's journey parallels the journey you are about to undergo so listening to how he overcame the adversity can be helpful to you. He talks of pirates and the plague as well as treacherous seas that slowed him on his way.

A Few Modes For Variety

Starting out, once the introduction video has concluded, you will be presented with three options of play—the tutorial, campaigns, or storyline. Like mentioned above, the tutorial is a highly recommended place to start, because the game's complex nature makes it a near necessity. The tutorial is composed of about 6 smaller tutorials that will teach you individual skills such as trading or sea battles.

Once the tutorials are complete you can either play the campaigns or go into the storyline mode. There are seven campaigns in all and each will take you hours to complete (varying on skill). The modes increase in difficulty with the simplest requiring you to rise in rank from sailor to Patrician and the most difficult, which gives you the task of building and repairing communities hit by the bubonic plague. Storyline mode allows you to pick your starting location and difficulty. In this mode you build your net income through trading and building cities. This is a free-play mode not affected by objectives or scenarios.

Overall, Patrician III is an in depth simulation game that will have you sailing the open ocean, trading to increase your net capital. This game is not for the inexperienced and will require a great deal of strategy and time. If you are a casual gamer looking for something easy, you might want to keep looking, as this game requires a lot of focus and strategy. The complex nature makes this great if you have the time and the freedom to fully explore and exploit Patrician III's features and extras.

Opening cinematic scene at the beginning of the game. 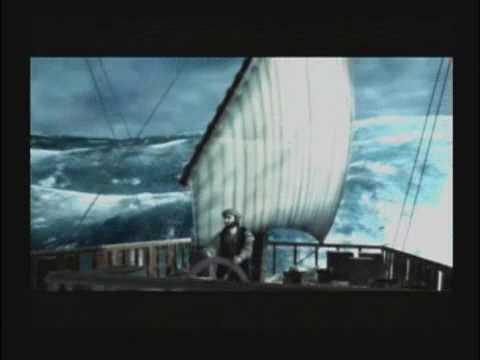 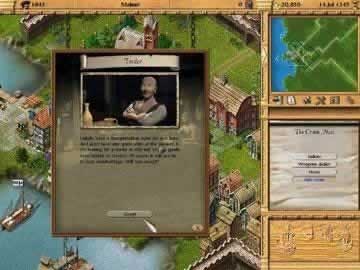 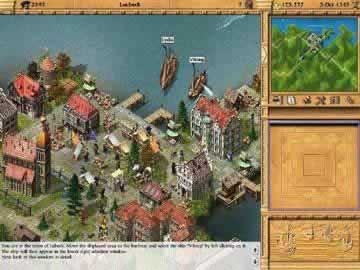