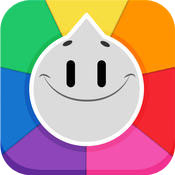 They say that knowledge is power, but the folks over at Etermax are of the opinion that it should be fun as well. Enter Trivia Crack, a competitive online mobile game where players can butt heads over how many random facts they know. It may not sound like much when put that way, but don't let that fool you. While this might not be the most complex game out there, it's also a heck of a lot more fun than it has any right to be. It's really addictive too, which makes the title hilariously, though probably unintentionally, fitting.

The Flow of the Game

Playing Trivia Crack is an entirely straightforward affair right from the very start. You can opt to challenge people on your friends list, or you can let the app automatically find a random person for you. From there, it will ask you a trivia question pertaining to one of six topics: science, art, entertainment, history, geography and sports. You'll have 30 seconds to select the right answer from the list of available choices. If you answer correctly, then you'll get the chance to acquire one of the characters representing the six categories. If you get it wrong, then your turn ends and the other player picks up the pace.

Characters can be obtained in one of two ways when the opportunity arises. The first is the normal "Crown" method, wherein the player simply answers yet another question and earns a character as a prize. The second is the "Challenge" method, which gives you the opportunity to steal a character from your opponent at the possible risk of losing your own. The game ends after 25 rounds have passed, and whichever player has the most characters at that point wins.

It's an unusual but interesting system. While a simple scoreboard would have easily sufficed, the character-collecting score does much to keep the game from ever feeling too one-sided. Challenge mode adds a dynamic element of risk that can easily turn the tide at any moment. It also helps that each of the characters are infused with a lot of charm and personality. They're all animated to show different moods, and each one has a distinctive appearance. For instance, Sports is an anthropomorphic football whose smile is missing a few teeth, while Science is a contemplative-looking green beaker. They're not needed, but Trivia Crack wouldn't be the same if it didn't have them around to liven things up.

If there is one nitpick that can be made concerning the formula, it's about the quality of the questions. It's rare, but you'll sometimes be asked something that doesn't really fit with the category it's under. For example, one science-related inquiry involves asking the player what the United States' national bird is, and a geography question may ask you for a specific city's airport code. It's not a huge deal and it doesn't detract from the product in any meaningful way, but it's still a tad irritating to be blindsided in a subject you thought you could otherwise ace because things weren't labeled properly.

Take it Fast, Take it Slow

Getting all the Trivia Crack answers sounds like it should be a fast-paced affair. In truth, it doesn't have to be. While you may only have 30 seconds to answer each question, you have close to 72 hours to actually pick up the question in the first place. Trivia Crack can be played in real time, but like most mobile games, it allows players to take things at their own pace. While the app was criticized at launch for failing to include a much-needed notification system for those slower games, Etermax has since rectified that issue and implemented a way to alert you for when it's your turn to answer some trivia.

This can be good or bad depending on the situation. It's good that you're not obligated to open the app up every time it demands your attention, but it can also be a drag if an opponent is being really slow with their responses. Winning a game simply because the other guy never bothered to pick up isn't very satisfying either. Luckily, multiple games can be played at the same time, so if you're getting bored waiting to hear from your current opponent, you can always challenge someone else in the meantime.

In a game that's all about trivia, it's inevitable that you'll eventually run into a question you really haven't the foggiest idea on how to answer. When that happens, all you can do is guess and hope for the best. This is where power-ups come in. While such things are typically associated with more traditional computer games, Trivia Crack finds a way to make them work by helping you guess when you've hit a wall. For example, one item adds more time to the clock so you can mull things over a little bit longer. One halves the choices, giving you a 50 percent shot at guessing correctly. Another gives you an additional guess if your first one was wrong. It's a fun system that provides even more strategic elements to the formula.

Strategy is right, for you only have so many power-ups at your disposal. Power-ups can only be bought with coins, which are in turn obtained by either purchasing them from the in-app store or by simply winning games. While it does seem like there's a pay-to-win aspect to Trivia Crack, it's pretty slight, and the game is happy to reward you for skillful play as well.

Perhaps the biggest problem with Trivia Crack is that it, like most free to play games, has a system built in to shorten your time with it should you insist on using it for free. It may not have an energy meter, but it does limit the number of lives you can have on hand. Starting a new game expends one life, and when you use them all up, you have no choice but to either buy new ones or wait for them to replenish. The game is great, but having to put it on hold is never fun.

Overall, Trivia Crack is an amusing little romp. It's enjoyable, easy to grasp, highly addictive, and strangely charming. It's just unfortunate that you may need to put it down from time to time, especially when you find yourself on a roll. 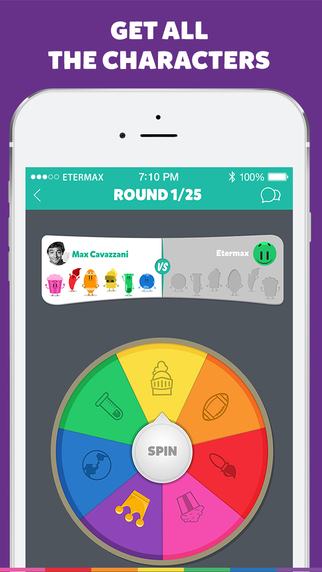 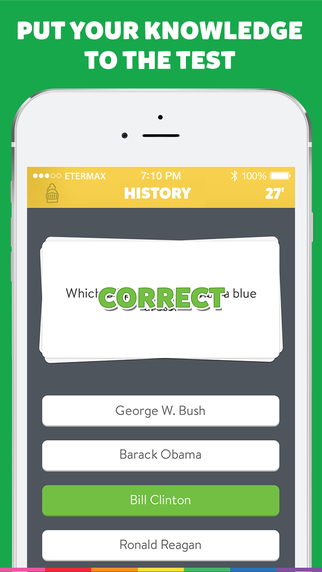