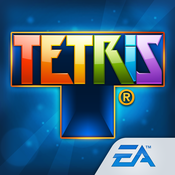 A Modern Port of an Ancient Classic

Since the early days of the Nintendo Game Boy, Tetris has been a mainstay title in the world of on-the-go gaming. Its beautiful simplicity and surprisingly fast-paced gameplay make it an exceptionally easy thing to just pick up and play on short notice. Therefore, it should come as no surprise that it would eventually be ported to the modern mobile devices of today. Does this latest version developed by EA Mobile stand up? The answer would be that it mostly does, albeit with a number of caveats that are impossible to ignore. While there isn't a whole lot to this mobile version of Tetris that will help it stand out from the tremendous number of versions that have been produced since its inception in 1984, it still remains one of the single most addictive puzzle games ever produced. It's just not the best one.

Graphically, there's not much to talk about. This version has a sleeker look than usual, as if to give the game a more science fiction personality, but that's about it. Nothing about the aesthetics of this version of Tetris will stick with you for long. However, it doesn't need to look memorable to succeed. It's Tetris after all; it did very fine looking as plain as it did back in the day.

The basic gameplay is just as familiar as well. Distinctly-shaped blocks called tetriminos will fall from the top of the screen, and it's your job to organize them in neat rows without stacking them up too high. Every time a row is formed, it will disappear and earn you points. This process will continue until the blocks stack all the way up to the top of the screen. You can choose to form rows as they make themselves available to you, but a more rewarding strategy is to let the blocks pile up in such a way that you can clear four rows at once in a move that is called a "tetris." Harder levels increase the challenge by speeding up the rate at which blocks fall, which can grow very hectic after a while.

It's a simple formula, but one that has proven to be absolutely timeless. If you enjoyed Tetris in the past on some other platform, chances are you'll continue to enjoy it on your mobile device of choice. As always, the game is amazingly addictive; it's easy to tell yourself that you'll play just one more round and call it quits, only to look up at the clock and see that you've killed nearly an entire hour playing one session after another.

...With a Few New Additions

This version of Tetris does bring in a few new features to spice things up. The first of these are different control schemes. There's the regular one where all your actions are done with simple intuitive swipes on the screen. However, the one scheme to take into account is One-Touch mode, which is kind of a mixed bag. Rather than moving each tetrimino into place manually as is par for the course, you instead choose from one of several predetermined locations where they can go, all with a single tap of your finger or stylus. If none of the positions you see suit your fancy, then you can try to "generate" more, but you have to be fast, for blocks fall at a much more intense speed than usual.

On one hand, One-Touch mode doesn't really feel like the game of Tetris we all know and love. It's a lot more simplistic; there's less skill and strategy involved, and it seems like the computer is doing half the work for you. On the other hand, One-Touch mode could easily be considered a different game altogether. It certainly instills a new kind of play style that some players might admittedly enjoy. Since it doesn't really replace the classic formula that made Tetris the legend that it is, it's a very hard feature to hate.

Speaking of different games, mobile Tetris certainly has a couple. The first is Marathon mode, which is, for all intents and purposes, the old game everyone's familiar with. Meanwhile, Galaxy mode is a new addition that boasts a different kind of strategy entirely. Rather than arrange falling blocks into neat rows, it instead presents each level as a pit of sorts that you have to dig your way down in via the old method of creating perfect rows. It doesn't hold a candle to the original game, but it makes for a nice change of pace and goes well with the One-Touch mode.

Unfortunately, if there's one thing that Tetris hasn't quite gone hand-in-hand with, its touchscreen controls. For a lot of people, it might just be muscle memory from having played it for so long via a controller, but using the touchscreen still feels notably awkward by comparison. Finger swipes are used for nearly every action; horizontal swipes move the falling blocks left and right, while downward ones increase the speed at which they fall. The problem is that these controls can feel really unresponsive at times. Sliding your tetrimino into position is harder than it has any right to be, and it can be especially frustrating when you just want to shift it a little to the right or to the left since it's not always clear how the distance it covers corresponds to the distance your finger moves.

Downward swipes are even worse. If at any time, your finger stops moving, then the block will revert to its regular falling speed. While this could inadvertently save your butt should you realize the horizontal positioning of your tetrimino is off, it more often than not will simply slow things down unnecessarily. Worse, having to constantly move your finger around can get a bit tiresome after a while, especially on the higher levels of Marathon mode where the blocks practically rain down on you. The aforementioned One-Touch mode was clearly made as an attempt to address this issue, but as said before, it really feels like more of an alternative game mode rather than a different control scheme. It really is not a suitable substitute.

Verdict: A Good but Not Great Time Killer

EA Mobile's edition of Tetris is hardly the best version of the old classic out there. The game is perfectly playable as it is, and the alternative modes are fun, provided you can handle the sometimes sluggish touchscreen controls. There are other issues to take into account, particularly with the ads. They are irritating as they are wont to be, often interrupting your session in progress. On higher difficulty levels, they can even potentially mess up your groove, causing you to make that one fatal error that will spell the end of your game. However, it shouldn't really matter too much in the end. While the annoyances do hurt the port, they can at least be considered the price you pay to play free Tetris. 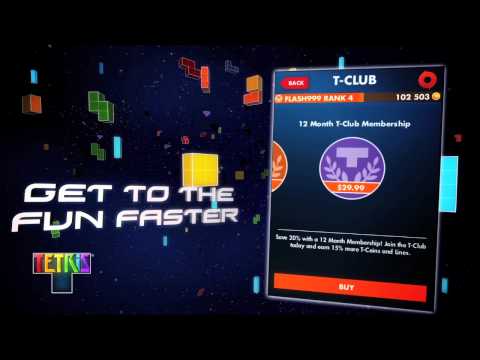 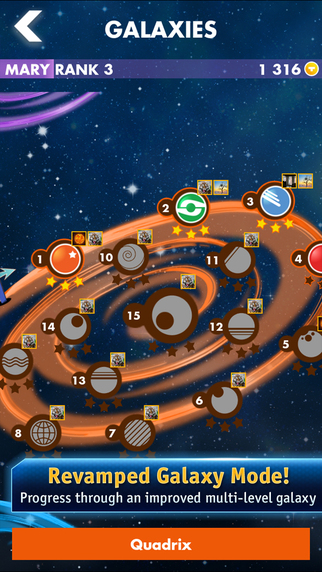 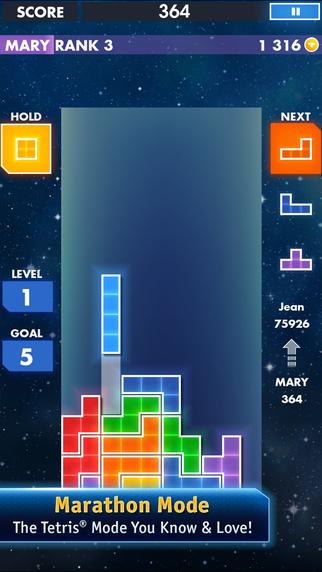