Join an adventure team and dive into the sunken Titanic to retrieve antique objects for the Titanic Museum! 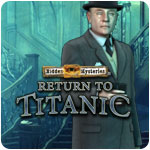 Find Hidden Objects in the Titanic!

Hidden Expedition Titanic brings you straight into history! On April 14, 1912, the great steamship RMS Titanic struck an iceberg and within hours, sank to the bottom of the Atlantic Ocean. As part of the Hidden Expedition Adventure League, it is your job to explore the wreckage of this once-majestic ship and collect antique artifacts for the Titanic Museum.

Through 14 diving missions you will scour 17 locations on the ship for cleverly-hidden clues that will lead you to the ultimate artifact: The Crown Jewels.

New Mini-games and Rooms to Explore

If you've enjoyed the hidden object fun of the Mystery Case Files games, HE Titanic is right up your alley. There are more mysterious rooms to explore and valuable objects to find. New mini-games include restoring historic pictures and finding groups of objects left by important people.

Can you discover all the secrets of the Titanic? Get ready to lose yourself in a historic adventure of epic proportions in Hidden Expedition Titanic!

To any player who is concerned with the authenticity of the Titanic time period, some of the anachronistic objects in Hidden Expedition Titanic will seem tacky and distracting. Locating a toy jet and a robot in the wreckage of a turn of the century luxury liner is a bit silly and unrealistic.

Some Attempts at Providing Variety

Some attempt at diversifying the game is made by hiding jewels in each level, however only a vague reference at the beginning of the game gives a reason for why you would need or want to find them.  Mini-games at the end of each level also provide a new picture arranging puzzle and vary the way you find objects.

The graphics in Hidden Expedition Titanic are well done, expertly camouflaging the items as well as including swimming fish and air bubbles for some added realism.  The time limits for each level can be restricting and many players will replay a level several times before advancing to the next.

Conclusion - An Above Average HO With Compelling Titanic Theme

Overall, this game is most appealing to the player who loves timed hidden object location and doesn't mind a few historical inaccuracies in the Titanic theme.  The game is not highly recommended to beginners of the genre due to constricting time limitations and a lack of features that newer hiden object games provide. 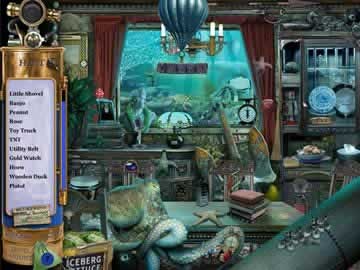 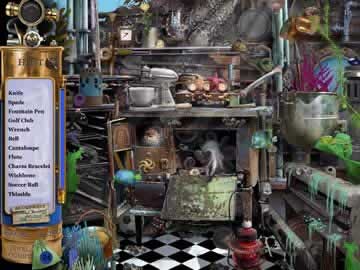