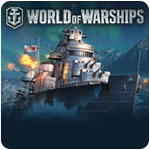 Slow and Steady Wins the Day!

World of Warships takes the online multiplayer action of World of Tanks and takes to the water with a sole focus on naval battles. It's a bit slower, but also a little more nuanced.

You definitely won't get away with moving in circles and rapidly shooting here.

You Sunk My Battleship

World of Warships ends up being both similar to and different from its older sibling. The main difference being the slower pace and need to aim more deliberately. Whether or not that's an improvement depends on what you're looking for, but regardless, if you're not a fan of online competitive multiplayer chances are this isn't going to win you over.

War - specifically the hardware used in war - has always been more of my dad's thing, but I didn't mind keeping him company as we visited air museums, naval yards, and so on to ogle all that metal. Still, while I'm not really into tanks I do have more of an appreciation for planes and naval vessels. So right off the bat World of Warships has more going for it in my mind than World of Tanks. I guess this means I should like this one more?

Much like World of Tanks, World of Warships is primarily about either destroying all of the ships on the opposing team or capturing specific points on the map. Of course here everyone is controlling ships instead of tanks, so things are slightly different in terms of how you need to move and shoot. I also appreciate that the game modes on offer are a little more co-op focused (just Co-Op Battle and Scenario, really), but there are still plenty of options for more direct competition if that's what you're looking for.

Combat in World of Warships is a bit slower and more deliberate thanks to everything being a cruiser, battleship, aircraft carrier, etc. I am completely okay with this. I actually like the slightly more strategic way you have to play. Projectiles are quite slow in comparison to things like guns and cannons, so you have to carefully consider things like the distance to your target and whether or not anybody is moving. In addition, while ships do have multiple guns and those guns can rotate, they can still be obstructed depending on the angle of approach. In other words, if you're facing a target head-on the gun on the rear of the ship won't be able to fire because it's behind a bunch of your ship's bits (the front gun, the bridge, etc). This means you'll be able to fire more of your guns at once when turned more to the side, but that also makes you a bigger target.

The ships themselves are also relatively slow (compared to stuff in other action games), and they turn quite lazily. You have to commit to your maneuvers and sometimes risk leaving yourself open. Heck, it even takes a bit of time for the guns to swing around so you need to be mindful of where you're aiming or else you might end up missing a great shot because nothing was lined up in time. I know this all sounds meticulous and possibly boring, but I'm honestly kind of into it. As someone who feels out of their element when playing fast-paced shooters against strangers online, I vastly prefer a game that's less about twitch reflexes and more about careful maneuvering and being familiar with your character (i.e. ship's) performance.

The downside to everything being about naval battles is that the maps aren't particularly exciting. Large portions are often nothing but open water, and sometimes there are a few rocks or maybe an island or two thrown into the mix. Sadly, these bits of flair tend to get in the way more than serve much of a strategic purpose (like terrain elevation or things like foliage in World of Tanks).

What bugs me is the penalty for being destroyed. Apparently if you get blown up during a match, which is likely to happen a lot, you either have to wait for that match to end (no matter how long it takes) or use a different ship for your next one. This is extremely annoying. I've gotten used to a specific ship. I like that ship. It's my ship. Let me use my ship. What purpose does holding it hostage (metaphorically) like that even serve? And how come getting blown up in World of Tanks sends me right back to the main menu, where I can jump into another game immediately with the same tank and none of this hassle?

While I vastly prefer the slower pace and the co-op friendliness of World of Warships to World of Tanks, I still don't think it's a game for me. I'm just not into playing online with strangers. That said, what's here is good if you aren't me and are actually into this kind of thing. I still think the maps are kind of meh and I'll never be a fan of having to wait for a match to end in order to use my chosen ship again, though. 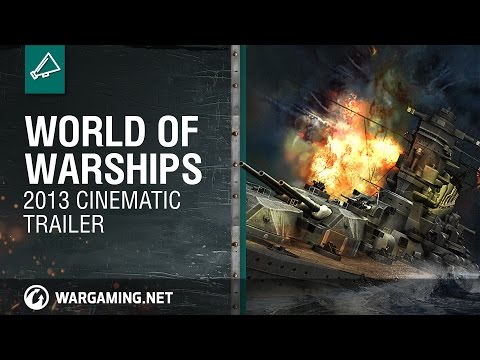 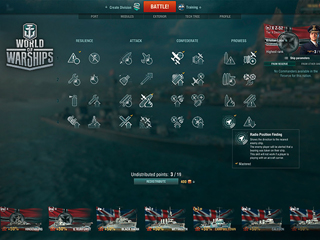 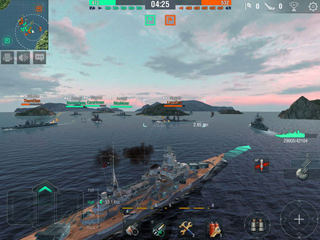