Wings of Honor - Battles of the Red Baron Review 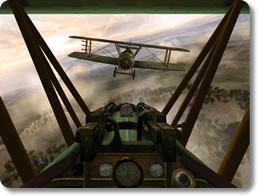 Be a Air Fighting Ace of World War I in Wings of Honor: Battles of the Red Baron

Become a Flying Ace of World War I

It's 1916 and the Angels of Annihilation, the Allies' best pilots, are battling Manfred von Richthofen and the Red Baron during World War I. You choose which group to support-will the Red Baron perish or remain king of the skies?

Enjoy this fast-paced airplane shooter game that stays true to the times of World War I.

Shoot Enemies With an Easy-to-Control Airplane

Fly 24 of the most famous airplanes of World War I and shoot down enemy aircraft and bases. You can choose to play as the Germans or the Allies, but whichever side you choose, you're guaranteed to fight tons of action-packed battles!

Complete missions on three difficulty levels including destroying enemy heavy artillery bases and destroying all enemy aircraft. Watch out for changing weather and be careful not to shoot civilians! The controls are easy to use; you don't have to know anything about flying airplanes to play.

Learn about the aircraft, fighting and some important people of World War I. Engage in fast-paced air battles to relieve stress and boredom and once you've beaten one side, replay the game again as the other side. You can even play in multiplayer mode for more extreme battles!

Prove yourself as a flying ace now with Wings of Honor: Battles of the Red Baron Arcade!

Wings of Honor - Battles of the Red Baron Review

Wings of Honor – Battles of the Red Baron is an arcade-style World War I flight shooter where you step into the shoes of either the Allies' Angels of Annihilation or the German's Flying Circus with the famous Red Baron. Take the control stick of the most famous airplanes of that era with a wide selection of 24 different planes and help decide who rules the skies.

Experience intense dog-fights as you take on a variety of missions such as taking out an enemy airfield, sinking torpedo boats to open up the way for amphibious assaults, and protecting a truck containing vital information as it rushes for your allied lines. The mix of objectives and plane options help to keep things a bit fresh and interesting as you play through both campaigns.

Additionally, the controls are quite simple and easy-to-use allowing you to jump right into the action without any previous training. Add to this the fact that there are three difficulty levels, each with their own settings for opponent skill, armor, and shooting assist, and it is really easy for players of any level to get into the action.

Not Technically a Flight Sim

You should note that Wings of Honor – Battles of the Red Baron is far from what one would call a flight simulation and there isn't a whole lot in terms of realism concerning avionics or flight dynamics. Plus there are some issues concerning the gameplay which might put off some players.

While the objectives change between levels, some players might find the action to get a bit repetitive since it is a lot of just the same stuff like shooting down enemy aircraft and then focusing in on some fixed station which can be taken down with a few rocket blasts.

Also besides playing through the game as the other side or at a different difficulty, there isn't a whole lot of incentive to play through the game again. Finally, there are only slight differences between the planes, such as the amount of rockets they can carry and only marginal differences in speed, which detracts from the thrill of unlocking new ones.

Overall, Wings of Honor – Battles of the Red Baron provides some fun and exciting aerial combat that keeps things simple, fast, and enjoyable. It is incredibly easy to get into the action very quickly and the choice in difficulties means it is accessible to pretty much any level of player. There are a few minor issues which might cause some to turn away, but they are missing out on a rather entertaining gaming experience. 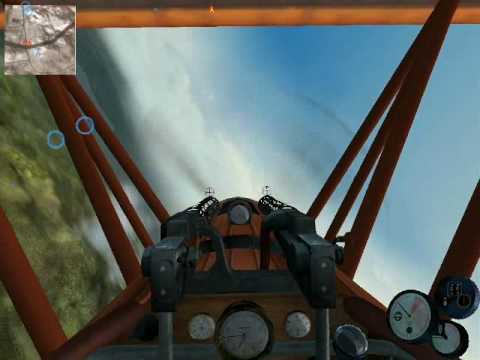 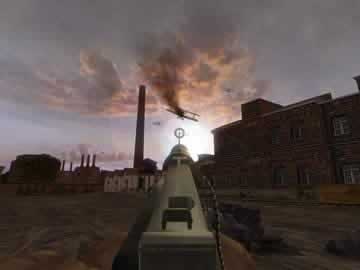 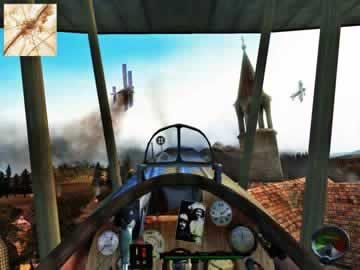 Rate: Wings of Honor - Battles of the Red Baron