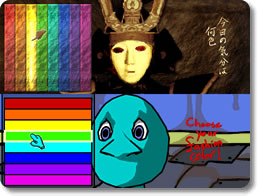 Unique dual story gameplay and an exciting and bizarre story!

How many adventure games out there manage to bring such an odd list of things together in a fun and innovative way that's also free?

What Linus Bruckman Sees is such a game, blending a cool storyline into a great puzzle game that you get to play in split-screens! It's like playing two games at the same time, which means that things come together in the strangest ways.

This game also has great graphics, multiple different endings, and once you do finish, a chance to add your name to the online Hall of Completion!

So, go ahead and take a crack at this bizarre but amusing freeware game, and see if you can figure out how Charlton Heston fits into all of it!

Innovative, progressive, and spectacular are all words that can be used to describe What Linus Bruckman Sees When His Eyes Are Closed. This game stands apart from other casual adventure games due to it's highly unique structure that actually features to entirely distinct story lines coexisting on a dual screen page.

Two Games Going At Once

In essence, Linus Bruckman is actually two games combined into one: a bustling alien fast food joint and an ancient Japanese folk tale. Curser movement corresponds on each screen, but the alien puzzle is the one that requires solving as the exquisite folk story is scripted in Japanese characters.

Graphics for each story are vibrant and radically different, one featuring a bright array of colors and characters while the other exquisite, detailed drawing that is truly beautiful. The score is also a split between the two games that overlaps wonderfully, resulting in a harmonious tone that is both upbeat and ominous. The space theme can become annoying, but fortunately the options allow you to control the volume at which each song is played.

Scripting is also very satirical and includes visitors such as Chewbacca, a rather elderly Charles Heston “who was survived largely by feeding on the tears of small children,” and Julian Strangepork who cannot eat poultry not because he is a pig, but because he is Jewish.

Unlock the Secret of the Japanese Game

Although there is only essentially one task to complete, place the orders in the proper order and deliver them to the customers, this activity is time consuming and will require scrupulous logic to solve. Upon delivering the correct orders to their appropriate consumers, English subtitles are unlocked and the secret of the Japanese tale unfolds.

Conclusion - A Unique and Brilliant Game

This game is a gem. It's difficulty, wonderful graphics, matching soundtrack, and witty dialogue will entice players of every background and all are encouraged to test their intellect to learn what Linus Bruckman sees when his eyes are closed! 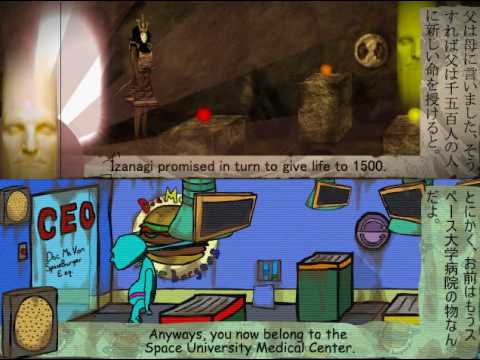 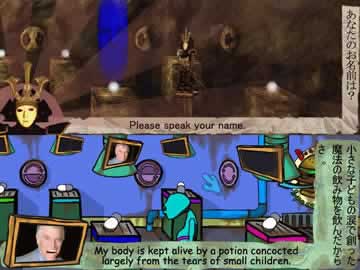 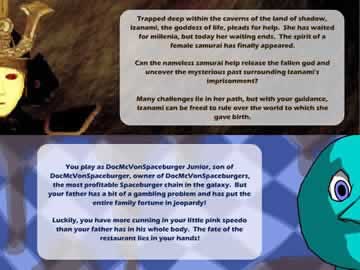