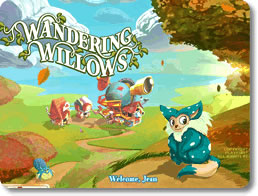 Fix Your Balloon and Find A Way Home!

After a bird tears a hole in your hot air balloon, you find yourself stranded on a beautiful island whose inhabitants are so happy that they never want to leave. If you are ever going to get home you'll have to make some friends and get some help in order to repair your busted craft.

Get some additional help from adorable pets which adopt you and never leave your side, and you'll need all the help you can get as you explore the island and complete all 162 quests.

Wandering Willows presents a unique gaming experience with its quest driven and friendship focused gameplay. The simulation-styled gameplay is easy to get drawn into, especially with the ability at the beginning of the game to customize your avatar, including everything from gender to facial hair.

The rest of the game is played by clicking on the screen and navigating some simple menus to pick commands, such as planting wheat in the garden and harvesting it once it has matured. You'll be busy clicking away as you perform a variety of tasks for the various island inhabitants and build your relationships from being a simple "acquaintance" to "Best Friend".

Wandering Willows provides some challenging, yet interesting, quests as you do everything from dig holes with your new pet to deal with Alien aircraft or just simply collect some fruits and nuts. The unconventional characters really help to flesh out the world and make you interested in even some of the more mundane tasks.

Meet a hilarious casts of characters such as Art Gunderson, the elderly farmer that loves raisins and wearing ball gowns, and Debbie Katz, a prim and proper librarian type that adores flowers and trendy clothes. Charm them and many others as you complete the whole assortment of quests which will take at least 20 hours to complete.

In Wandering Willows, your hot air balloon has crashed on an enchanted island full of strange animals and people during a storm. The island's inhabitants are willing to help you repair your balloon, but first you'll need to complete a variety of quests for them to earn the necessary money and supplies. You'll also be able to collect and train pets that will help you gather supplies from digging, climbing trees, and other animals.

As you complete quests and repair your balloon, you'll come across various recipes and patterns you can use to make new types or food and clothing. This game will get you hooked and keep you playing for hours and hours.

You begin your adventure by creating a character. You can choose various features of the character to customize, such as skin tone, hair color, hair style, eye color, and more. After creating a character, you can began questing for the various characters on the island. Helpful hints guide you through the first few simple quests that you perform. The objectives change from quest to quest, but generally consist of collecting certain items, creating a certain type or food or clothing, or talking to someone on the island.

The key to completing quests is collecting materials used to create items or that are part of the objectives. Some items can be purchased through stores, and others can be obtained through planting and harvesting. More often than not, you'll need to make use of your pet to collect goods. Your pet can climb trees to reach goods like fruit and honey, dig for twigs and dye, or charm other pets for goods like wool (and possibly an egg that hatches into another pet). As you use your pet, he gains skill and is able to climb higher trees, dig in tougher areas, and charm higher level animals. As you collect items and complete quests, you'll progress towards fixing different parts of your balloon. This gives you a larger goal to work towards as you take on all of the small tasks for the villagers.

The simple gameplay and controls make Wandering Willows a game that anyone can easily learn and play. All actions, from moving to collecting items, is done with mouse clicks. Quests are fairly easy and require only collecting materials and perhaps using them to make items. It makes this a great game for casual or newer players, but also means that there won't be much of a challenge for more experienced or skilled players. Additionally, many of the quests are very similar in their goals. These can make the game feel a bit more repetitive for some players. At the same time, trying to complete all your quests and the level of customization makes this game incredibly addicting and one that you don't want to put down.

Not only does this game get the gameplay right, but it does a very good job when it comes to the presentation as well. There's a small story at the center of the game that drives all of your actions. Your balloon has crashed on a strange island during a storm, and you want to fix it up and leave. The people you encounter on the island are willing to help, but you'll need to do some tasks for them first. In addition to this main story, there are various little interactions between characters that occur as you quest (arguments, compliments, and more).

Presentation Works Well With the Game

The graphics in the game are hardly cutting-edge, but work well with the gameplay and bring a cute feeling to the game. Characters with oversized heads and bright, colorful animals makes this a game that's suitable for all ages. The music and sounds don't stand out much on their own, but don't really detract from the game either. The presentation is expertly done and a great addition to the game.

Conclusion - A Great Game With Lots to Do

Overall, Wandering Willows is an excellent game for any type of player. Some may find it a bit repetitive or easy, but even then it can still be an exciting and addictive adventure that you won't want to end. You can collect new food recipes and clothing patterns to make all sorts of meals to eat and clothing to wear. You can collect and train pets to help you collect raw materials and complete quests. You can complete various small tasks for the villagers as you work to repair your balloon and escape the island you're trapped on.

No matter what type of player you are or what games you're into, don't hesitate to give this one a try.

Watch some gameplay highlights including collecting items, talking to characters, customizing your avatar, and shopping. 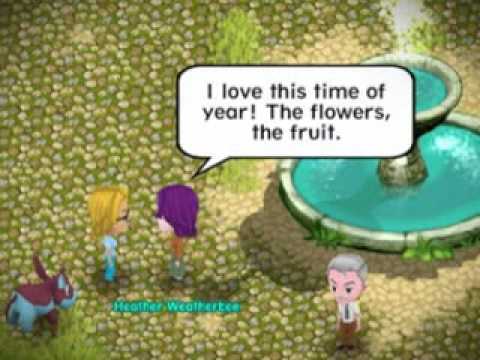 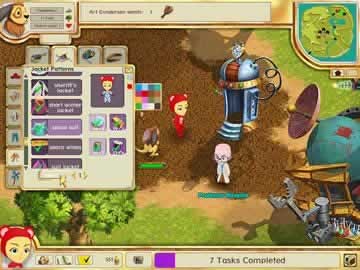 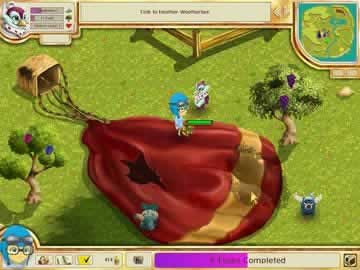