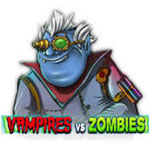 Fend Off Zombie Attacks and Arm Transylvania's Military with Your Macabre Arsenal!

In the scorching sands of Africa, a new menace has begun to rise. The ruthless dictator Boombata has hatched a plot to take over the world. Using mystical voodoo magic, modern-day television, and his charming personality, he unleashes a plague of undeath upon the planet. Anyone who turns on the TV to watch the international delegation is instantly transformed into a brain-eating zombie

Before anyone knows it, a zombie apocalypse swarms across the planet. Worst of all, only 34 percent of the surviving population is willing to do anything about it; 33 percent are convinced that we’re doomed and the rest honestly don’t care.

Fortunately, not all is lost! The vampires of Transylvania are not just going to lay down in their coffins and let the green menace shamble all over their doorstep. The world’s just not big enough for another undead force of evil and it’s not good to let perfectly decent food go rotten anyway.

Count Vlad Tzepech, also known as Dracula, begins to take action by securing the borders of Transylvania and turning to the biggest arms dealer for all creatures of the night: you. It will be up to you to help the count build his army, wipe the zombie menace off the face of the Earth, and destroy Boombata once and for all.

No vampire has ever fought a war on this kind of scale before. It’s going to take careful planning and management of your money, resources and time to fully arm and supply Dracula’s military. Just to make things even harder, the zombies know what you’re up to and will do everything their dim minds can think of to make your un-life as difficult as possible.

Vampires may have been the apex predator for the past couple of centuries, but that won’t be the case any longer if they depend on their old tricks. In Vampires vs. Zombies, it will be your prerogative to decide what new technologies you will research, produce and use in the violent nights ahead.

Dracula’s eyes are everywhere, so you better be prepared to have your performance graded in one of many ways.

Vampires and zombies are the two most fearsome undead creatures fiction has ever produced and they’re finally duking it out for the first time ever on your computer screen. If you want to take part in this truly historical event, then pick up the comically-macabre Vampires vs. Zombies and gear up for a battle to see who the ultimate creatures of the night truly are! 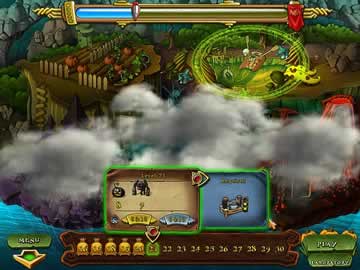 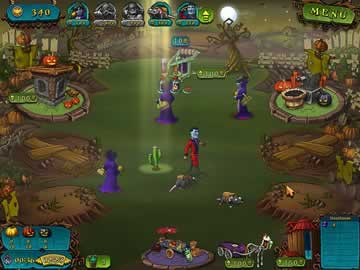