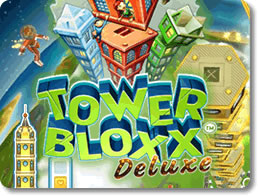 Stack blocks as high as you can to create buildings without tipping them over! Unique and fun!

Reach for the skies in this wacky skyscraper construction game!

In Tower Bloxx Deluxe, your task is to build brand new homes for the Tower Toons - funny little people who move in and turn the lights on before they even have a roof over their heads! But building isn't easy.  Your skills at speed and timing will be essential in building the highest buildings possible in the shortest amount of time.

Building takes careful timing.  A crane will swing a block over a target site and you must click at the right time to drop the block on the target.  Drop the next block on the block you already dropped and so forth.  The faster you can drop, the higher your score.  But if you aren't accurate, your building will topple over!

In the “Play Story” mode the mayor A.Z. Millspaugh and city architect Ava Dandelion of Sycamore Vale has asked you to quickly help in rebuilding the city since the old buildings are falling apart. Luckily your amazing building block system is perfect for the job! Build all types of buidings to improve the city and keep the residents happy!

In Quick Game mode your goal is to make your tower as high as possible and only your improving building skills set the limit to how high you can really go.

In Time Challenge mode you get to see how well you do under pressure. Speed is the key but so is accuracy!

In Party Game mode up to four people can build towers on the same machine with split-screen fun!

Tower Bloxx is easy to learn, alot of fun, and unlike any other game you've played.  Give the free trial a shot today!

Plan your cities carefully and build the best and tallest towers you can in Tower Bloxx Deluxe. You start the game in Story Mode with only a single city. You must build up the population by creating towers. Taller and better built towers will attract more people and unlock new features and upgrades faster than smaller or poorly built towers. However, building towers is more challenging than it might seem.

The towers are built in a small construction yard and then moved to their new location when finished. As you build, large blocks swing from a crane over your construction site. Each block will form a floor of your tower. You must skillfully time the release of the blocks so that they land on top of previously placed blocks. Poor timing may cause blocks to tumble down the tower or make timing even more difficult as the tower starts to sway back and forth. Perfect placement of the blocks will make the tower more stable and attract more people, helping you increase the population faster and with fewer towers. Better towers will also unlock balcony blocks or trophy roofs which will further increase the population.

You must also take into account the layout of the city you are working in and the type of tower you are building. The blue tower can be built anywhere, but later towers have requirements on where they can be built. For example, a green tower must be built next to a red and blue tower. A red tower can only be built next to a blue tower. These requirements mean that you'll need at least some planning to build up your cities with bigger and better towers. The cities themselves also have different layouts that must also be taken into account when placing towers.

You'll also unlock new modes. Build your tower as high as possible in Quick Game mode, or race against the clock in the Time Challenge mode. You can even play with up to three friends in the Party Game mode with split-screen action.

The gameplay and controls in Tower Bloxx Deluxe are quite simple. There isn't a tutorial or guide to get you started, but there are some small tips and most of the gameplay is fairly intuitive. You need only a mouse and a good sense of timing to be successful. Even if you aren't most skillful player, you'll still do well.. You won't be able to really fail or lose, but you can always improve.

The graphics in Tower Bloxx Deluxe are rich and colorful. Each tower has its own distinct color and block design. You'll even be able to see the upgrades you earn such as balconies as you build your tower. There are visual cues when you stack blocks perfectly like a flask of light or ring of stars. The graphics won't blow you away, but they are done perfectly and work well for the game.

Repetitive But Addicting if You Like the Core Game

Tower building in Tower Bloxx Deluxe is pretty repetitive. There is no difference between building towers, except for the number of floors. At the same time, trying to properly time the blocks and perfect your towers is somewhat addictive. The desire to improve can help drive you to go back and replace poorly done towers, or work over and over again to make the best tower you can manage.

Whether you're looking for a challenging puzzle experience or just some random fun, Tower Bloxx Deluxe is a great game to play. Multiple game modes let you work towards massive cities, that tallest tower you can put together, or even play with your friends. You'll have success regardless of your skill level, and more hardcore players can use their abilities to perfect their play.

Manage multiple tower types in a variety of city layouts as you seek the largest populations possible. It might get old after a while, but the game will keep you more than entertained until then. 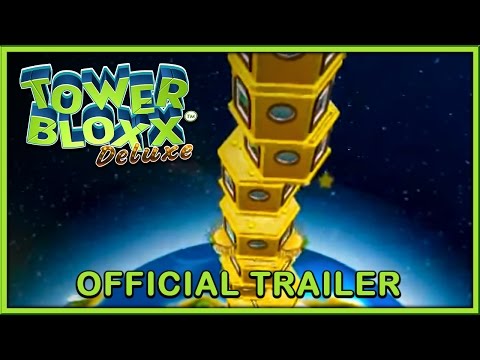 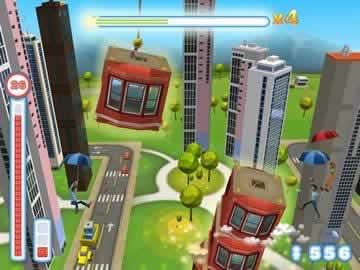 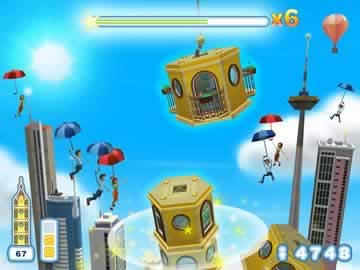