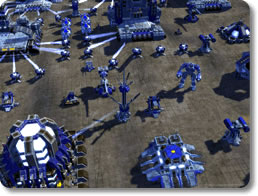 Bring Your Enemies to Their Knees!

It's the 37th century and only you have the power to end the one-thousand-year long Infinite War and reign supreme over three races. Do you have the battle prowess to lead your race to victory, or will the war rage on forever?

Enter a world where tons of unique units and vehicles clash on huge battle fields complete with nuclear explosions, flaming wreckage and more, all so realistic you'll have to remind yourself that it's just on your computer.

Create Intense, Devastating Battles With a Variety of Units

In this real-time strategy game, battle as each of the three races, all of which believe they are fighting for what is truly right. Devise intense battle plans on huge maps measured in virtual kilometers. Wage air, sea and land battles with tons of unique units.

Create energy and harvest mass to churn out units. Upgrade through three tech levels that let you build increasingly better units, buildings and vehicles like tanks, submarines, naval destroyers that can sprout legs and walk on land, siege assault bots and much more.

Build expensive but game-changing experimental units like the Cybran Monkeylord, a huge, walking tank armed with an extremely devastating laser, and wreak supreme havoc on your enemies!

This game will keep you busy with the three campaigns, each with five or six lengthy missions, and multiplayer mode. Strategy is a must as you choose which units to create, balance your economy and decide how to attack the enemy. Regardless of how you play, this game will keep you on the edge of your seat with its incredible graphics, devastating units and the fight for your race's existence!

Do you have the skills to become the supreme commander of the world? Challenge yourself now with Supreme Commander!

Supreme Commander is a futuristic real-time strategy title that takes things to a whole new scale with expansive maps and over 250 units and structures to utilize as you conquer the universe.

You can take command for one of three factions: the UEF as they attempt to reunite the scattered remnants of humanity under one banner, the cybernetic Cybran who fight to free all Symbionts and find independence, or the alien-revering Aeon who seek to cleanse the galaxy so that The Way may flourish. Each faction has their own unique story and campaign with around five or six missions, but each mission can take at least two or three hours to complete.

What really makes Supreme Commander impressive is the incredible scale that each map brings and how simple and easy it is to move around the map, be it from the close up battle scenes to a greatly zoomed out strategic view that makes you feel like you are a true commander in a bunker issuing commands and watching small strategic icons move across a planet.

The missions are also quite interesting in that, in many cases, once you complete one objective the map can double opening up new terrain to explore and some of the maps can be be as big as 81 km x 81 km. Add into this a wide array of land, sea, and air units at your disposal and there are various routes to victory.

Getting to try out new strategies and tactics is one of the major draws of Supreme Commander and the simplified resource system makes it easy to focus on the action. There are only two resources in the game, power and matter. Power is rather simple to collect by building power plants on the map, but matter can only be extracted from key points creating highly contested areas and forcing you to defend large portions of the map in order to keep a steady supply.

Up to 8 Can Play Multiplayer

While the campaigns are quite fun and addicting to play, the multiplayer experience is quite intense with up to 8 players fighting for dominance at once. The multiplayer system also features full player stats and ranking system so you can see exactly how you match up against your friends.

You Better Have a Fast Computer

The only down side to Supreme Commander is that it has some steep hardware requirements and can put quite a tax on a system with its large battles. Thankfully though you can adjust the graphics mid-game if things start to slow down. Also, the faction units are generally the same except for appearances which might turn off some players looking for more variety between factions.

All in all though, Supreme Commander provides an interesting and fresh RTS experience that grabs a hold and doesn't let go. The controls are easy to learn and the campaigns themselves do a great job of easing you into the more complex tactics and nuances of the gameplay. With the various paths to victory and exhilarating scale, Supreme Commander is sure to please RTS fans old and new.

Catch a glimpse of the strategy involved in Supreme Commander. 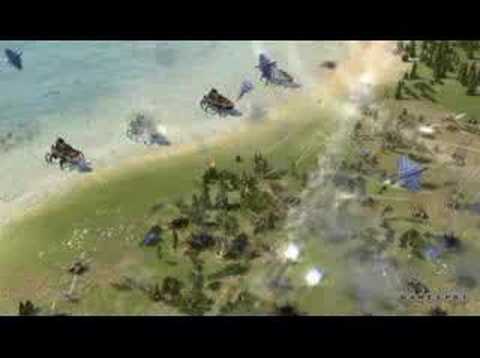 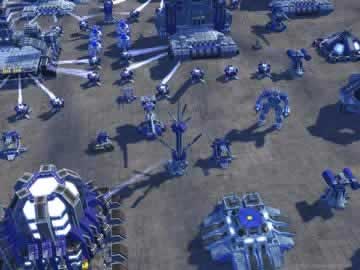 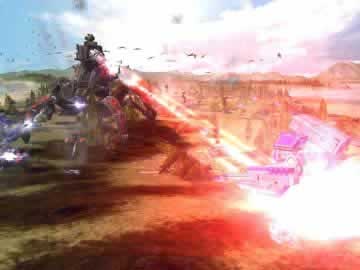