Uncover a devious plot in the peaceful resort town of Aurora Peak! 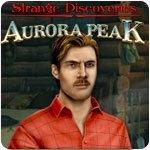 You've arrived in the peaceful resort town of Aurora Peak to investigate some mysterious local crystals. But the devious plot you uncover there could endanger the entire world! Uncover the secrets of a picturesque mountain resort in Strange Discoveries: Aurora Peak! The town of Aurora Peak was a wonderful place when you were growing up - the locals were friendly, and the mountain was peaceful and inviting. Things have changed since you were kid. When you come back to town years later, you see that an ominous cloud hangs over the mountain, and plants and animals in the area have started to... change. It seems to be natural phenomenon connected to some strange local crystals. But the devious plot you start to uncover could endanger the entire world! Discover the truth behind Aurora Peak's deadly secret in this thrilling Hidden Object Adventure game!The wolf spirit still haunts... will you heed its call? You're an expert in Native American symbolism who's been called to investigate some glowing glyphs. Your amulet, which has been in your family for generations, begins to glow as soon as you arrive, as if it's part of this place...As you begin to investigate, you encounter strange ghosts from the past. Find out what caused their rift all those generations ago and how you're connected to this place and its spirit. 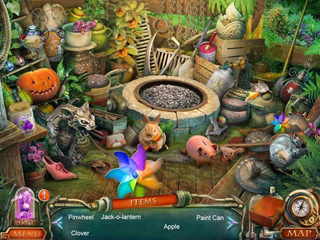 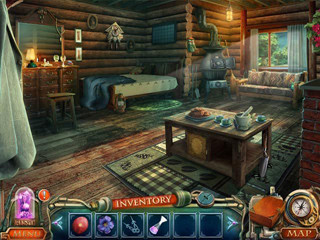