Join Elizabeth and get answers to her questions! In Solitaire Detective 2: Accidental Witness 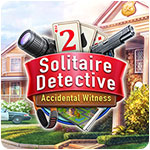 On the same fateful day Elizabeth was going to take some photos for her social network blog, two people in masks and weapons in their hands rushed out of the jewelry store! They quickly glanced at Elizabeth and disappeared into an open door of a mini-van. The motor howled, and the car with the armed people vanished as quickly as it had appeared. After a few seconds the car was gone. Only the sound of the alarm was left as a reminder of the incident.. and a few photos that Elizabeth had managed to take. "But...the robbers saw me, that's for sure. I need to get out of here right now!" That's just what Elizabeth thought, having become an accidental witness to a robbery. At the time events had just started to develop... Who will be the new target for the robbers? Will they eventually be caught? Where will the persistent desire of our heroine to participate in the police investigation lead to? Join Elizabeth and get answers to all these questions! 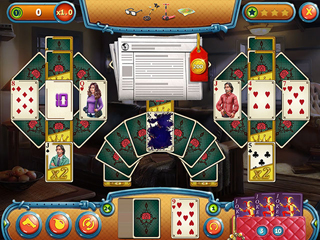