Become a master of solitaire and Help restore the kingdom! In Solitaire Call of Honor

The kings of the two neighboring states decided to marry their children Olivia and Richard, to cement relations between the states. The kings did not know that Lance - the knight of Prince Richard and Olivia fell in love with each other, deciding to secretly escape and get married. The plans of the lovers were not destined to come true, the princess was kidnapped by subjects of the dark order who were against the strengthening of the kingdom's forces and did not know about their secret marriage. Lance is ready for anything to save his beloved, so he goes with Richard in search of her. In his adventure Lance must to decide whether to follow feelings or call for honor and give up his love for Olivia. Pass 200 levels of different complexity, rebuild the kingdom, find out the stories that you tried to hide, complete all the tasks and make your choice! 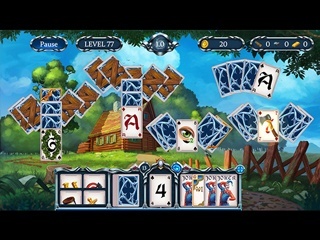 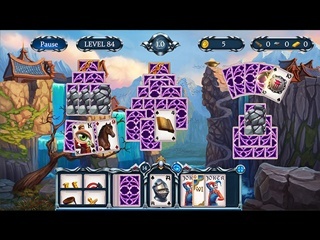