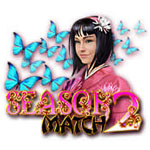 Save The Fairytale Kingdom!

Prince January has seized the fairytale kingdom of the Snow Queen and the three princesses of seasons. He stole all of the ancient artifacts and gained total control of the seasons, and now all the castles are trapped under ice and snow!

Help save the kingdom's little inhabitants, including ladybugs, bees, dragonflies and butterflies, as they struggle to survive the cold and bitter winter. Work your way across the kingdom defeating the various guards and collecting the powerful artifacts until you're strong enough to overcome the evil prince.

Season Match 2 is a match three game where your main objective is to clear the grid to reach guarded magical artifacts. In each level you have three goals: clear the grid, defeat the guard and reach the artifact. Just click on groupings of three or more similar objects to clear them from the board and destroy any blocks or grid pieces next to them.

There is a set number of each type of crystal that you must collect in order to tip the scale at the bottom of the screen and defeat each guard. Once the guard is defeated the artifact is unfrozen and you must break the pieces protecting it to release it.

Interesting Mixture of Story and Mini-Games

Season Match 2's story will captivate you as it slowly unfolds. You only get small pieces of the story and it may take a few levels before the story really starts to come together, but this helps it blend well with the action. For example, once you complete some levels, you'll get to play a mini game that ties into the story, such as collecting the magic torch artifact and then using it to burn down the tree soldiers of October's army.

Other challenging mini games include hidden object searches, such as finding all of the flower buds in a scene or collecting all the drops of dew, but some are more complex, such as diging through a sea of similar butterflies to find an exact match. You can face these challenges in two different modes: regular timed mode or untimed relaxed mode.

If you like match three games with addictive gameplay and fun mini games, download Season Match 2 and start the quest today! 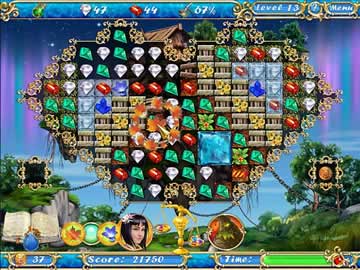 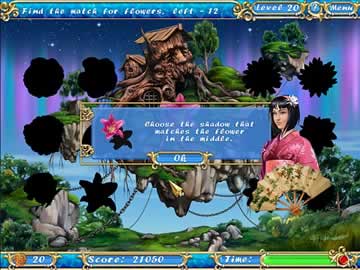