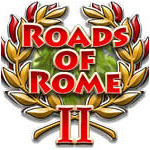 Pave the Way to the Gods in this Intense Resource Management Game!

An Attempted Murder Most Foul!

After completing his previous adventure that involved building a road to strengthen the Roman Republic, General Victorious is about ready to settle down with his beautiful wife, Julia. Unfortunately, terrible news reaches his before he even has a chance to kiss her: Caesar has mysteriously fallen ill to an unknown poison.

The reason behind the attempted assassination is unclear, and worse, so are the means to cure it! It seems that only divine assistance can save the emperor.

With that in mind, General Victorious sets out to seek help from the four gods of Rome. In order to meet that end, he will once again lead his men to construct an even greater road through the most treacherous barbarian lands.

Hopefully, he will catch their attention and garner enough favor to save both Caesar and all of Rome before it’s too late.

You’ve Got a Long Road Ahead of You

In Roads of Rome 2, you’ll construct a road that cuts across terrain that’s wilder and more varied than ever before.

You will quickly learn that this isn’t barbarian territory for nothing. If you want to complete this road and earn the good favor of the gods, you’ll have to keep your wits about you at all times, even in the face of danger.

Building a road sounds like it would be a linear affair, but don’t be fooled. If you want to succeed in Roads of Rome 2, you’ll have to send your workers to every corner of the map, scaling every cliff, and crawling into every cave to scrounge whatever resource they can find.

You’ll need all you can get to save Caesar, so leave no stone unturned!

If building a road in harsh terrain and becoming an expert isn’t enough for you, then know that Roads of Rome 2 is tracking your progress and comparing it to the top six scores on the board. Do you think you’re good enough to top them?

Prove your dominance and get the high score today! 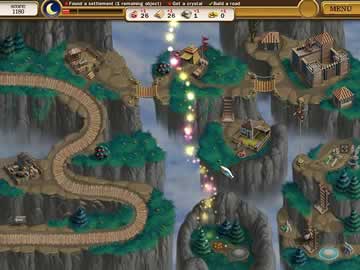 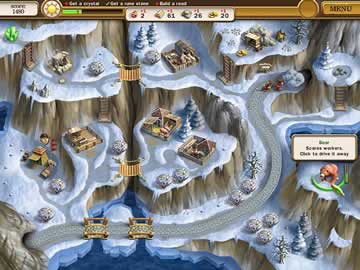