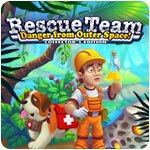 Stop an alien threat from wreaking untold devastation on Earth! After a meteor strikes Florida and releases strange spores, weird plants begin to grow and destroy entire cities! Worse, the pieces of the meteorite are emitting a bizarre form of radiation that reduces people to a stupor! Only the Rescue Team has the skills to deal with this menace from outer space! You are the team's leader as it deals with the aftermath of the meteor's impact. As you rebuild cities, you'll rescue trapped civilians, save frightened animals and capture crooked thieves. You'll also enlist an old nemesis who holds the secret to developing an antidote for the radiation! But even this mastermind won't be enough to save mankind from a future tangled up in alien creepers. That will be up to you and your team, which must plan strategically as it races against the clock to remove obstacles, gather resources and complete thrilling quests! The meteorite is no friendly E.T. and the vines can do more damage than kudzu. Can you stop this danger from the deepest reaches of the cosmos before it's too late? 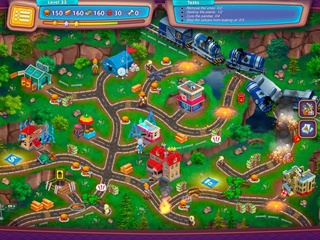 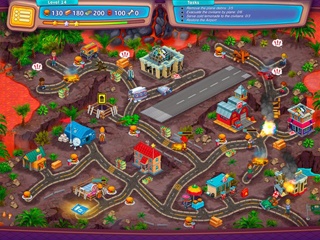