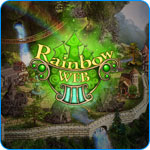 Collect Rainbow Dust to Restore the City and Defeat the Wicked Spider!

The Kingdom is in Peril Once Again

In your previous adventures, you went against the cunning and Spider, broken its evil curses, and restored order to the Rainbow Kingdom. Unfortunately, the Spider still lives and it will not stop until every corner of the land is caught in its deadly web.

Right now, it is believed to have struck the village of the Rainbow Masters; the entire population there has mysteriously vanished, the houses are in disrepair, and there are spider webs everywhere. Always the hero, you roll up you sleeves to once again save the day.

Rainbow Web 3 continues the series’ strong tradition of delivering exciting match three games in a wholly unique manner. Rather than deal with stacks of beads that fall in from the top, it’s up to you to match beads together from where they are strung on the Spider’s many silk webs.

Swap beads around to create chains of similarly-colored beads on the webs’ many threads. Watch them disappear.
Play on hundreds of different spider webs, each with varying sizes, arrangement of threads, and entry points for new beads.
Watch out! Sometimes beads can scatter.
Match beads that are marked with letters to spell out a secret message. Complete the secret message to finish the puzzle.

Rainbow Web 3 is an easy enough game to learn, but mastering it can be difficult. You need sharp eyes and spatial awareness if you want to break the curse on the Rainbow Masters’ village. Luckily, there are plenty of tools available to make your quest much easier if you so choose.

Make use of the new Magic Hammer ability. Charge it up by destroying beads and use it to smash one of your choosing!
Adjustable difficulty. If finding beads that match is proving too difficult for you, then simply allow for hints to pop up and show you the way.
Alternatively, disable hints to preserve the game’s challenge.
Skip puzzles if they are really wracking your head.

It’s not enough to simply sweep away the cobwebs; the Spider can always spin more after all. Only magical rainbow dust can permanently rid the land of the curse.

Collect rainbow dust from every match three round. Play efficiently and accumulate combos to get more dust.
Spend the rainbow dust to break the curse in every house, one piece of furniture at a time.
Watch the town and its population turn into a beautiful and bustling community again.
Play bonus games and solve extra puzzles to dispel heavily cursed items.

Get Caught in the Spider’s Web

Rainbow Web 3 gives a new spin to an old formula and revamps the series in many ways. With challenging puzzles, whimsical visuals, relaxing music, and endless charm, it’s a game that will stick to you like spider silk. 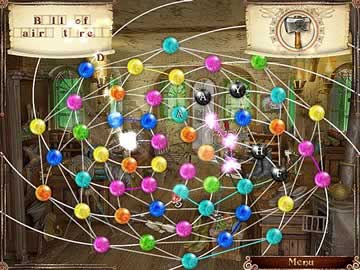 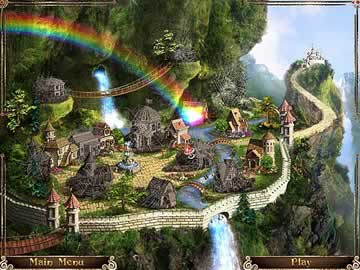