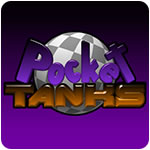 Choose Your Weapons, Aim Your Guns, And Eliminate Your Enemy!

A Battle Between Tanks!

There’s just no point in denying that tanks are cool. They are nigh indestructible, loaded with weapons, and can traverse most types of terrain with minimal trouble. With that in mind, how interesting would it be to watch two tanks duke it out?

Pocket Tanks lets you do something even better than that; take control of a tank and use it to blow enemy tanks sky high using a mix of strategy and careful aiming.

The goal of Pocket Tanks is simple: you must land as many successful blows as you can on the enemy tank lying in wait on the other side of the battlefield. That’s easier said than done, because treacherous pits and steep inclines will get in the way of your attacks. Victory will require precise angling and a lot of creativity. Be careful, because your foe will be gunning you down as well!

Play against the computer on ten levels of difficulty.
Play against another person. Play via hot-seat or over a local area network.
Control the angle of your turret and the power of your shots.
Features realistic physics. Predict the trajectory of your attacks.
Move strategically! You can only roll your treads a limited number of times.

If there is one thing that is for sure about Pocket Tanks, it’s that it is not static. For one reason or another, the world that both you and your opponent are immersed in is always changing.

Features procedurally-generated levels! Mountains, valleys and canyons are all created on the fly. No two games are ever alike.
Fully destructible environments. Destroy mountains, create holes, and rearrange great tracts of land to obstruct your foe.

The tanks of Pocket Tanks can use a wide assortment of fantastic weaponry that does not exist for tanks in the real world. Learn their effects and use them to your advantage!

Includes over 50 weapons right out of the package.
Purchase expansion packs for even more weapons, totaling over 200!
Cover your enemy in dirt with the Dirt Ball.
Erect a defensive wall with the Magic Wall.
Summon a meteor with the Mass Driver.
Fire shots straight through the soil to your enemy with the Groundhog and Worm.
Blow up vast chunks of earth with the Mountain Mover.
And more!

Are you in the mood for a conceptually simple yet deeply strategic artillery game? If so, then Pocket Tanks is just what you need. With its dynamic levels, destructible environment, and vast arsenal of creative weapons, it’s an addictive game that you can easily come back to over and over again! 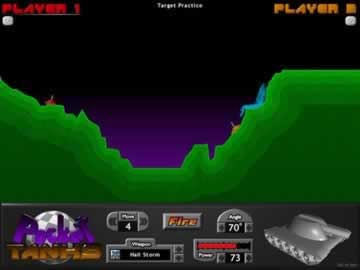 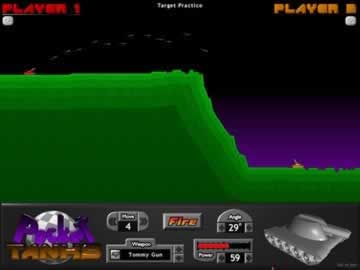