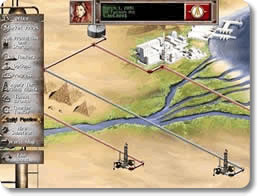 Build Your Very Own Business Empire Based on the Power of Oil!

In Oil Tycoon you start as a rookie prospector with some cash in your pocket, but little else, and it's up to you to develop a profitable company before your money runs out.

Purchase drilling rights and go with your expert hunches on where to drill. Hit some "black gold," get your company on the Stock Exchange, and build up your business until you're an Oil Tycoon to rival the greatest of all time!

With Oil Tycoon, you are the only one who can make the difficult and complicated decisions that will lead your company to the top!

Build drilling rigs and refineries - will you lease or buy your equipment? Charter oil tankers to ship your oil all over the globe. Hire workers and choose your engineering teams - will you pick a more skilled, more expensive team or a cheaper one?

It's a cutthroat world out there, so when a competitor gets too close for comfort employ hardball tactics to knock them down a peg or even drive them out of business!

Oil Tycoon includes all the most important elements of running a real-life multinational oil corporation!

Up to 6 Human or Computer-Controlled Players!

Take on all your friends, five AI opponents, or any combination of the two in an all-out corporate war for oil. You can play Oil Tycoon in a real-time or turn-based format, depending on your own preference for a faster-paced or more relaxed game experience.

Russian oligarchs, American oil barons, Saudi kings - none of these giants of history will hold a oil barrel to you when it's all said and done, so download Oil Tycoon and give it a try. Formula for success: rise early, work hard, strike oil!

Like the oil business itself, Oil Tycoon is not for the novice of players. You must be determined and passionate about simulation games to fully appreciate and excel at Oil Tycoon.

Cash In On Black Gold

In this game you are a wealthy entrepreneur just getting started in the oil business. It it is your goal to strike it rich and become an oil tycoon.

Beginning the game you will have the choice of character and company. You will get to name your business and pick out one of the limited template logos. This game has as a six person multiplayer option so you get to decide who you want to play with. You can play with actual players or against computer opponents. For the single player game mode , the game begins with a map illustrating different “oil rich” locations and 6,000,000 dollars cash. Starting out you scan different hot spots on the map searching for an oil hotbed. Cities such as New Orleans, Dubai, Tokyo, and Kuwait City are a few of the oil rich areas you will get to explore.

Running an Oil Company Isn't Easy to Figure Out

Once you decided on a starting location you must acquire a drilling agreement. This will cost you several hundred thousand dollars, but is a must if you want to start drilling. This is the point in the game where you may begin to feel lost. A tutorial does not exist so you must rely on instinct (hopefully you have other tycoon gaming experiences) as well as simple text blurbs that pop-up on your screen. These can be helpful because they point you in the right direction, but do not fully help you like a tutorial would.

So after trial and error you will probably figure out how to get an oil drill built, how to build the pipeline that sends the oil from the drill to your refinery, and if you are really good with guessing you will have figured out how to send the oil around the world via chartering a boat. These maneuvers are difficult to discover and execute because a manual does not exist. A manual would clarify a lot of the game and make it more enjoyable, rather than make you feel like you are constantly guessing.

Since Oil Tycoon's main objective is to make money it offers several features that facilitate this in a fun and enriching manner. There are two important ways to make money and each hinge on your success as a company and business owner. The first is through the sale of your oil. For example, your first shipment of oil will probably be worth more than the costs of the drilling contract as well as all the tools it requires to build your drill.

Aside from selling oil, the other way to make serious profit is to take your company public and “play” the stock market. A successful business on the open market can increase your net worth exponentially. These two aspects are crucial for success in the game.

Not having a tutorial mode or an easily accessible manual is the major downside of this game. It may begin to be fun after playing a while, but starting is a bore and very difficult. Unlike a lot of tycoon games with familiar themes, oil rigging is unfamiliar for most people so a tutorial explaining what to do next is even more crucial. Graphics are another factor that are just par. They will not blow you out the water because they are relatively ordinary and unimpressive.

Conclusion - Lack of Clear Directions Take This Game Down a Notch

Overall, Oil Tycoon is a niche specific game. If you are interested in oil rigging and excelling in the oil industry, the accurate drilling details make this game is for you. However, if you are just a casual simulation game player looking for a good easy-to-play type of game, this is not for you.

Brief intro trailer for the game. 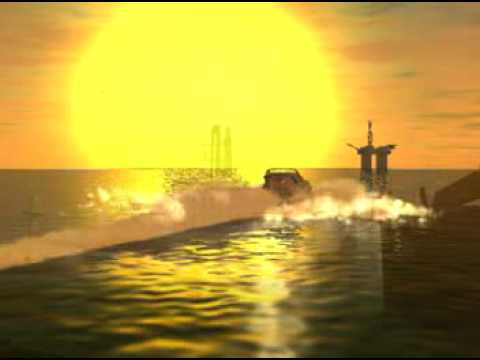 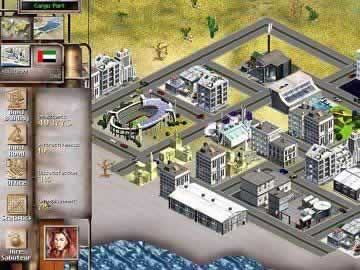 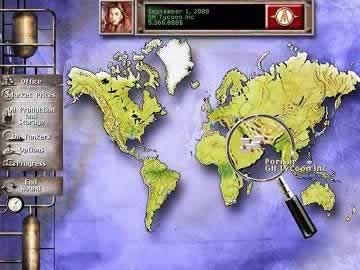