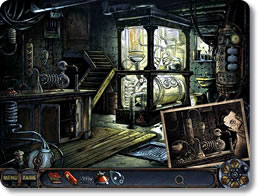 A Stolen Manuscript and Dark Mysteries!

Private investigator Nick Chase has nothing to do but talk to his hungry fish. That is, until a mysterious phone call informs Nick of a case! A manuscript by Leonardo da Vinci has been stolen and Nick will do whatever it takes to find it!

Enter Nick's world of strange, lifelike characters, dark mysteries and challenging puzzle solving. The intriguing story told through black-and-white comics like an old detective story will make you feel like you're really there amid all the danger and all the thrills!

A Fun Blend of Adventure Puzzles and Hidden Objects

Venture through many locations including a dark forensics lab, a creepy copyshop and a dangerous nightclub. Search for hidden objects in unique scenes to help Nick find clues and analyze evidence. Mind-bending puzzles will crop up suddenly, such as a door shutting Nick out that requires solving a puzzle to open it.

It's up to you to solve puzzles such as investigating the crime scene with a magnifying glass to find seven different types of evidence. Then you have to build an analyzer to discover the secret of a blood sample by finding all the pieces of necessary equipment in a forensics lab and solving some puzzles such as repeating a series of flipping switches.

Be a Part of a Classic Detective Story

The classic detective story graphics, music and voice acting are absolutely exhilarating and will transport you to an exciting world. Each puzzle will challenge you because it's completely up to you to figure out how to solve them. But you'll feel so rewarded in the end when you discover every secret, solve the mystery and beat the bad guys!

If you love to experience true adventure and solve dark mysteries, leap into this riveting adventure and help Nick recover the stolen manuscript!

Nick Chase is a hardened ex-cop who entered the realm of private investigation after a case went array – its now up to you to help him solve the latest case and find Leonardo Di Vinci's missing manuscripts.

After a mysterious man known only as “The Collector” shows up at your office with this rather vague assignment, your exploration ensues to discover a mess of oddball characters, criminal slums and many tasks that continually lead closer to uncovering the manuscripts.

Meticulously hand-drawn graphics are exquisite, making game-play a pleasure to behold. Furthermore, cut-scenes are drawn in the style of a graphic novel which does wonders to reinforce the cut-throat lifestyle of a working class PI and the trials of the underbelly of society.

Featured mini-games are diverse including a wide array of activities such as sudoku, lock-breaking, timed map-making, puzzle reconstruction and much more! Another positive aspect is the ratio between task completion and mini-game activity that provides a well balanced, overall more pleasant experience to the player.

Voice acting is largely very commendable, with the exception of voice-overs uttered when an incorrect click is made that become tedious rather quickly. Hints are only available during mini-games which is frustrating on more difficult scenes. Beware of the save mechanism that records progress from the beginning of the scene, ignoring any progress that may have been made following the initial task.

The overall experience of Nick Chase: A Detective Story is favorable. Artwork is lovely and the graphic novel standpoint that is unique among adventure games will keep the player enthralled. Commentary issues can become rather annoying while the lack of a full hint system is not overly bothersome and only the most casual of player would be sorely turned off by the negatives of this game.

Catch a glimpse of some gameplay highlights to be found in this hidden object mystery. 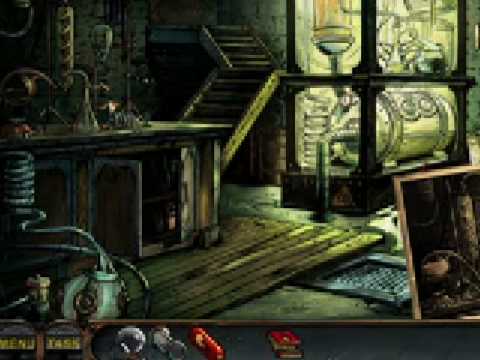 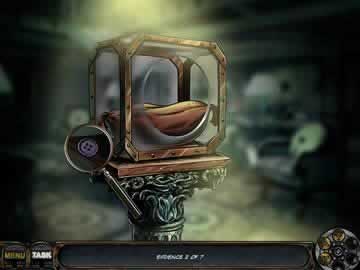 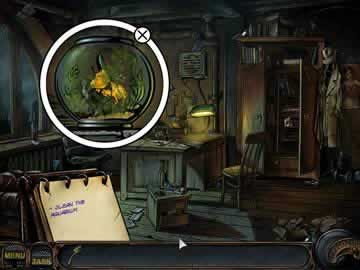