Do You Have What It Takes to Help Nancy Unravel the Mystery? 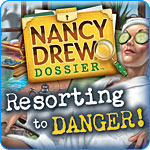 Someone is setting off bombs at a decadent spa destination. Teenage detective Nancy Drew is called in to solve the case, but things aren't as they seem. The goo filled bombs are harmless, so what's the motive? And who is this mysterious Hippocrates Bell? It will take all of Nancy Drew's sleuthing skills to crack this case!

If you have ever wanted to walk in a detective's shoes, this is the game for you. You will take on the role of Nancy Drew as she works to discover why someone is bombing a ritzy retreat for the rich and famous. Discretion is essential, so Nancy is forced to blend in with the staff, leading to some awkward and unexpected encounters with the guests.

It's all in a day's work for a dedicated detective, and Nancy uses every opportunity to gain more insight into the situation. As she matches wits with the bomber, Nancy starts finding messages from Hippocrates Bell, the eccentric man who originally owned the Redondo Centre for Rejuvenation. Who was he, and are his notes the key to something bigger?

Explore and Interact With the Environment

Each area in this game harbors secrets, and it's up to you to uncover them. Use the cursor to look around the room; it will sparkle and glitter when placed over an interactive object. Clicking on an object uncovers it, leaving a translucent orb on the spot. Clicking on another object in the room or on one of the actions at the bottom of the screen will combine the two together, causing a reaction if possible.

Searching through locked drawers, putting loose leaf tea in a strainer and organizing beauty products on a shelf is a breeze thanks to this intuitive action system.

The storyline in Resorting to Danger is reminiscent of the book series that made Nancy Drew a household name, and the dialogue is excellent and well written. The transcript from this game could easily be made into a novel, and this is sure to please fans of the book series. The voice acting is well done and natural too, adding to the experience.

There is a lot of wit in this title as well, which adds to the charm and enjoyment. For example, a map from Redondo reads: "Hedge your bets against stress, stroll our soothing GARDEN MAZE."

Everything is a Puzzle

Each task requires critical thinking and common sense, making the entire game a logic puzzle of sorts. There are also many riddles, matching games and more to keep you guessing. Defuse bombs, unscramble secret codes and much more. There is never a dull moment with such a wide variety of fascinating minigames.

The handy Krolmeister Sleuth-o-meter calculates detective rankings based on how many attempts it takes to figure puzzles out. There are five different detective ranks to unlock, and reaching the final rank unlocks special credits.

In addition, there are six possible endings to the game, making this a title worth playing more than once. You are in control of Nancy Drew's dialog and actions throughout game, so the ending is ultimately the result of your choices.

Nancy Drew Dossier: Resorting to Danger is a fun opportunity to take on the role of detective. Puzzle fans, would-be sleuths and curious minds will enjoy exploring their way through this rich game. 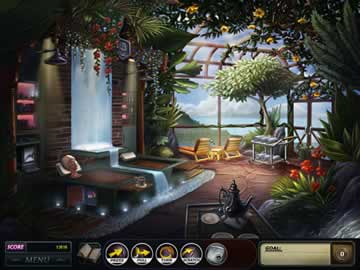 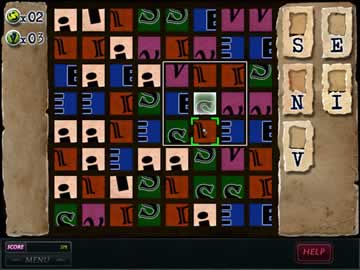