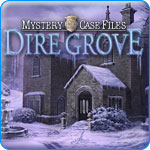 Investigate Four Missing Students and a Terrifying Legend Come to Life in This Thrilling Adventure!

One Snowy Night Leads to a Spine-Chilling Mystery!

A dangerous blizzard forces you off the road and onto a side street near Dire Grove, a closed vacation retreat. Ahead, you see lights flashing. It's an abandoned car!

Inside, you find the first of a series of chilling videotapes made by four students who were investigating Dire Grove to see if the creepy legends were true. But where are they now? And what haunts Dire Grove?

You can play this sixth installment in the Mystery Case Files series as a standalone game and enjoy similar gameplay as the previous games but with even more terrifying twists!

In this adventure game, wander freely through the snowy, creepy scenes and search for clues. In some scenes you'll be asked to find a list of hidden objects to earn a helpful object for your inventory. Also search for the students' videotapes to piece together their story and learn more about Dire Grove.

Solve clever puzzles like rotating a series of pointers around a circle so that each lights up two dots but none overlap. You get unlimited rechargeable hints but you'll still do plenty of thinking and searching!

The eerie effects make this game really stand out because the falling snow, ghostly whispers and tense music make this game feel very real! The intense, exciting story will keep you on the edge of your seat and you won't want to quit playing this addicting game!

Can you uncover the mysteries of Dire Grove? Challenge yourself now with Mystery Case Files: Dire Grove!

Mystery Case Files-Dire Grove is a truly one-of-a-kind game that combines some elements of first person adventure with a hidden objects game.

As you walk around, you discover areas marked by sparkles that indicate to search for objects that will help uncover the supernatural legend of Dire Grove. The graphics are truly wonderful and even include scenes with live actors.

Some Uninteresting and Time Consuming Activities

One of the major downsides of the game is that time spent hunting for objects is greatly reduced because searching for new locations and learning which items unlock new areas is very time consuming. The tutorial provided in the game is very limited and will often leave players out of new locations to hunt objects and no indication as to which inventory object is needed to unlock a new area. Furthermore, objects remain in their original location when an area is revisited, reducing the re-play value of the game.

Although Dire Grove has a distinctly original plot line and outstanding graphics for the genre, the amount of time spent hunting objects is too little and the confusion created by the unique navigation of the game is too great, ultimately belittling its value. 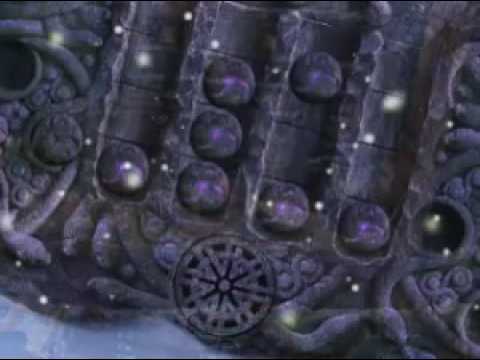 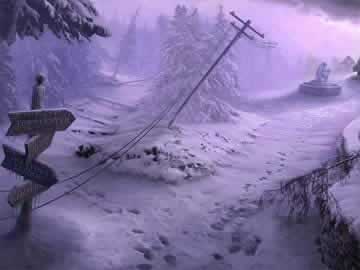 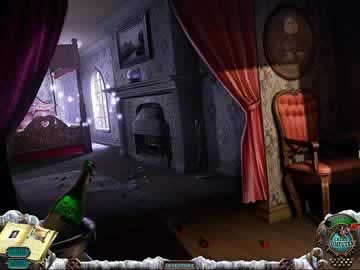