Solve Deep Mysteries With the Cast of the TV Show "Murder, She Wrote" and Feel Like a Real Investigator! 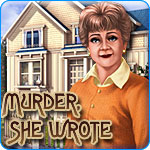 Murder and Jessica Fletcher are never far apart! Join her and other members of the cast of the TV show "Murder, She Wrote" to investigate five exciting cases.

Investigate boats, gardens, laboratories and much more in these in-depth adventures. Feel like you're a part of the TV show!

This hidden object game will keep you on the edge of your seat as you search for hidden clues because most objects are important to solving the mystery. Before you start finding objects, you'll have to find the keys missing from Jessica's typewriter to read all the clues.

Enjoy a variety of interesting scenes and while some scenes repeat, the objects to find are in different places. Hints recharge over time or you can find Jessica's typewriter ribbon once per level to instantly recharge a hint.

Solve various interesting puzzles like a real murder investigator! Puzzle out which buoy belongs to which boat using a list of clues, play a memory mini game to match pairs of cigar boxes to find which the culprit prefers, assemble pieces of shattered objects and much more.

Perfect for Gamers of Any Age or Skill Level

Feel like you're really in a mystery TV show now with Murder, She Wrote!

Murder, She Wrote is an adaption of the television classic starring Angela Lansbury that takes strides to mimic the show. Lansbury's character, Jessica Fletcher, is a murder/mystery novelist who stumbles upon crime in her daily life and experiences success as an amateur criminologist.

This game features five murders that must be solved by locating hidden objects within a crime scene to discover the culprit. The typewriter hint feature and familiar characters offer a good tie in with the show. One interesting feature of the game is the object list is initially missing vowels that are hidden in each location in the form of typewriter keys that must be found to complete the list. The keys are generally simple to locate however, which detracts from this unique game aspect.

Not Much of a Challenge

Items themselves are usually very vibrant and easy to spot, which can be a detriment to the player who seeks a challenge. Video of dialogue between characters is time consuming and can easily become boring but can be skipped.

Conclusion - Fans of the TV Show May Enjoy It

To a fan of the TV show, the consistencies it shares with the original will be amusing and perhaps enjoyable. However, while some unique features do add diversity, easily located objects and dull dialogue will likely turn off many players from this game 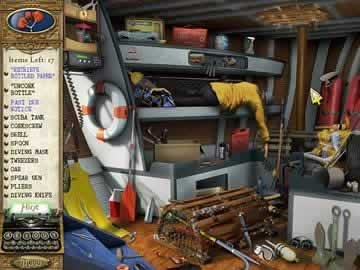 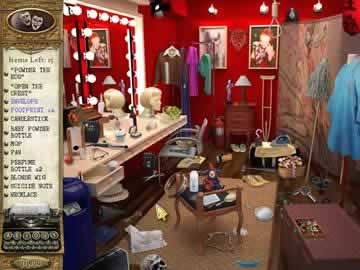