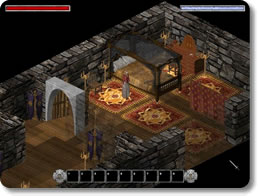 Seek Vengeance for Princess Morning in This Hack and Slash RPG

Seek Vengeance on a Brutal Army!

The lands of her kingdom have been at peace for centuries, but that's about to change for Princess Morning when the Ashidians brutally murder King Daerid and Queen Anoa. When the prince courting her suddenly betrays her, Princess Morning realizes that the future of the kingdom lies in her hands.

The army of Ashidia stands at the gates of Morning's castle ready to destroy the kingdom and take back land they say is theirs. Help Princess Morning seek vengeance on her parents' ruthless killers and decide the fate of the kingdom and the world.

Classic Gameplay with a Fascinating Story

With gameplay similar to Diablo 2, Morning's Wrath is a classic-style RPG with adventure-game puzzles. Click where you want the Princess to go on the map and click enemies to slay them with Morning's powerful sword.

Weapons aren't your only friend, though. Use runes and mana to cast spells and constantly be on the lookout for power-up bracelets, medallions, rings and crowns and useful artifacts to combat the mysterious "taint."

An RPG for Everyone!

Morning's Wrath is great for fantasy or RPG fans of all ages because the controls are easy and anyone can learn how to play in no time. You'll quickly be drawn into the compelling story and the deep character of Morning. Enjoy many hours of battling, searching and classic RPG fun!

Morning's Wrath is an action role-playing game that has the same kind of hack-and-slash gameplay as found in such games as Diablo 2. All actions are controlled with the mouse and most of the general action RPG elements are there, such as exploring dungeons, killing mobs of enemies, and collecting items. Anyone who has played a Diablo game will be instantly familiar with the interface and it is so cleanly presented that it doesn't take long to catch on if you haven't.

One of the unique gameplay aspects is how the game handles the use of magic. Through your travels you'll collect runes which you can combine to make new spells. What is rather interesting is that each spell has to be made up of at least two runes-one kinetic and one magical, such as a fire rune and a blast rune to create fire blast. You can combine up to 12 runes to form a spell, though the more runes you add the greater the mana cost to use it. This flexibility really adds to the customization of your character and lets you partially shape your character to fit your play style, which is quite intriguing.

Intriguing Story That Draws You In

As for another key RPG element, the story will place you in the role of Princess Morning just as both the King and Queen are murdered, a massive army invades the kingdom, and her soon to be fiancé betrays her and lets the enemy into the castle. With a rather compelling tale full of twists and ancient magic, the story that unfolds in Morning's Wrath is a pretty powerful draw. Even though interactions between characters is generally through text, you really start to care about Morning and the trials she must undergo to save her kingdom.

There are some slight issues especially in terms of the 3-d graphics. They are a bit dated and can best be compared to early Ultima Online. Also, the graphics can seem to get a bit choppy at times, but in general the interesting story and addicting action more than make up for these superficial issues. One other slight annoyance is that you cannot stack potions within the hotbar at the bottom of the screen which can get a little frustrating during heavy combat.

Overall though, Morning's Wrath provides a fun and entertaining action RPG experience that ramps up the intensity and doesn't let you go. There are a few small issues which might put off some gamers but the main gameplay elements are solid and quite enjoyable. 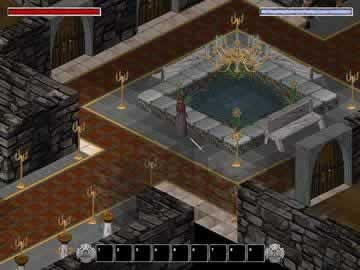