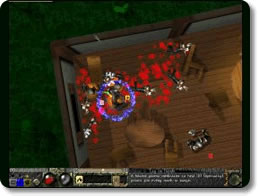 Guide your group of monks to recover a holy amulet.

Magebane 2 is a combination of strategy gaming, roleplaying games and booklike storytelling. You fight your enemies, gain experience, find items, and have a good time. The game is easy to learn, but difficult to master. There are also various levels of difficulty to suit your specific needs.

Magebane 2 is a 3D single player roleplaying game where you command three monks on a quest to recover the holy Amulet of Yendor.

Each monk masters a different school of magic, and you must find a balance in upgrading your skills in order to defeat your numerous enemies. Finding items will help enhance your abilities. You control your characters from zoomable bird's eye view, and you can give orders while the game is paused, or slow down the game to your liking.

An RPG That Does Its Own Thing

Magebane 2 is a unique role-playing game (RPG) that puts you in control of three monks as they work to recover a magical amulet.

You'll need to coordinate the abilities of these monks quickly and intelligently to vanquish the enemies you come across in your quest. You'll be able to select specialties for each monk that enhance their powers in various areas, like allowing them to deal more damage. The monks can also learn new abilities and increase their skills as they gain levels. Additionally, you'll come across various items with a variety of effects from restoring health to granting power that your monks can use.

You begin the game by creating three monks that will form your party throughout the game. You select a name and icon that represents the look for each monk. Each monk has different abilities and different specialties to choose from. There's a mage that can cast damaging spells, a healer than can restore health, and a melee attacker meant to take and deal damage in close combat.

Additionally, each monk can choose one of three specializations that might do things such as increase their mana, their damage, or reduce the damage they take. Between levels in the game, you can select new abilities for the monks, as well as increase their health and mana (which allows them to use their abilities more).

In combat, each monk uses their mana to use abilities (from dealing damage to healing). They can also attack without mana, although it will be weaker. You can select attacks individually for each monk by selecting them, clicking the ability or using the right hotkey, and then right-clicking an enemy. The challenge in this game comes from trying to coordinate and position your three monks during combat. It's not an easy feat, especially when facing a large group of enemies.

The biggest downside to combat is that your group will be fairly weak with low mana, meaning that you might need to wait around for a while for it to regenerate. This can really slow down the pace of the game as you wait often for mana.

Can Be a Tough Start

The game doesn't offer any options to adjust the difficulty, which can feel a bit high when you first begin the game. However, as you play the game you learn how to use your monks and win battles. In addition, you can save the game at any point and load from that point if you make mistakes or end up having all your monks die.

Graphics and Music Aren't Anything Special

The graphics in this game are far from top-notch, but that's rarely an issue when it comes to this type of game. However, the viewpoint you have in the game from straight above your characters can make it a bit tough to see what's happening at times. This is especially true when fighting larger groups which swarm your monks.

In addition, the music in the game doesn't really fit all that well. While the music quality and selection is good, it doesn't match up very well with what's happening in the game. You might be just sitting there with your monks doing nothing, but the music will be fast-paced and suspenseful. The story that accompanies the game is also a bit disappointing, only really told in text between levels.

Magebane 2 is a unique role-playing game (RPG) that gets some things right, and has issues when it comes to other things. The slow pace and viewpoint in the game can be just some of the annoyances. However, the three different monks you have to control in combat add a unique challenge and the ability to use some strategy. You'll need to coordinate the abilities of these monks quickly and intelligently to be successful in this game. You'll be able to select specialties for each monk that enhance their powers in various areas, like allowing them to deal more damage. The monks can also learn new abilities and increase their skills as they gain levels.

Additionally, you'll come across various items with a variety of effects from restoring health to granting power that your monks can use. This game isn't perfect, but there's no risk in giving it a try given that it's free. 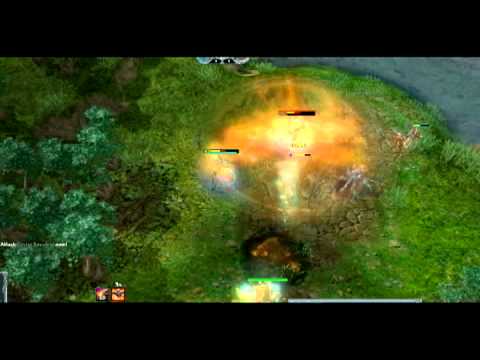 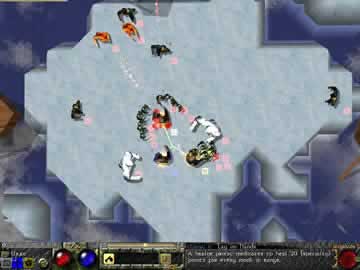 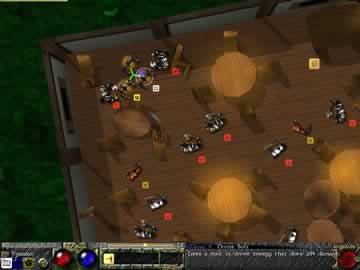