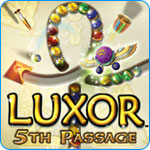 Mix, Match and Use Magic in an All New Luxor Adventure!

Get ready for another explosive adventure in the land and mythology of ancient Egypt with Luxor: 5th Passage! Just as Horus has begun to assume his father’s position as chief of the gods, the evil Set, intent on getting revenge for his defeat so long ago, begins his attack.

It will be up to you to fight against the dark god’s corrupting influence, not through strength of arms, but through finesse, intellect and flashy magical spells that are sure to make things go boom!

A Match Three Game on the Move

Set has assembled incredibly lengthy sphere chains together in an attempt to stop you. Pushed by his scarab minions, they threaten the land and will surely wreak havoc should they reach your pyramid base. The only way to stop them is to use their own components as a weapon! Fire an orb at the chain as it snakes its way towards you, trying to make a match of at least three like-colored orbs in a row. Doing so destroys them in an instant!

The Power of the Gods is on Your Side!

Matching spheres is all well and good, but it can only do so much. Luckily, you have an arsenal of spells and power-ups at your disposal to help make your sphere-destroying career that much more efficient.

If you yearn for a little more variety than what Luxor normally has to offer, then you should be delighted to know that 5th Passage introduces the all new Blast Mode. In this exciting new game, you’re not only fighting against the dreaded sphere chains of Set; you’re fighting to beat the clock as well!

Dive into the Tomb

Luxor: 5th Passage has much to offer for longtime fans and newcomers alike. If some fast-paced puzzle gameplay sounds up your alley, then take a dive into this piece of treasure today! 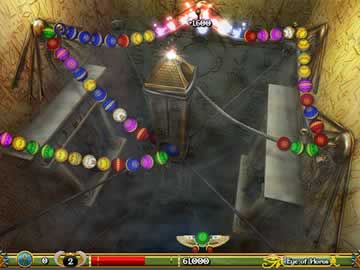 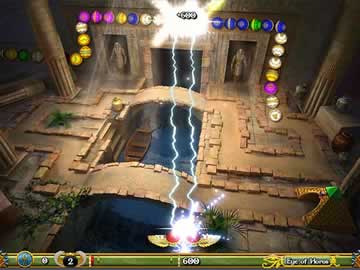