World domination is all that counts in this game! Arrange your armies in a strategic way or just blast through your enemies with your fighting power. Regardless of how you play, the goal is to destroy every enemy and conquer the world!

Fans of the board game Risk will enjoy this similar virtual version because there are no annoying set-ups or clean-ups and there are always five AI enemies with unique personalities and difficulty levels to play against or you can join an online multiplayer game.

Destroy Every Nation in Your Path

Choose from tons of awesome maps like the classic world map, the Anglo-Celtic Isles, the Roman Empire, fantasy maps and much more. New maps get added all the time and you can even make your own!

To play, for each turn you will be given armies to place. Then you can attack neighboring nations for as long as you have enough armies to launch the attacks. Or don't attack so you can build up armies instead. At the end of your turn, you have the chance to move your armies if you think you can place them in more strategic locations.

Earn cards to trade in for bonuses and receive extra armies for each complete continent that you hold. The game is over when one player has conquered the entire map-will it be you?

This game will make you think strategically about where to place your armies and how to approach defeating certain nations. Enjoy the excitement of destroying enemy nations and the thrill of defending your nations. With so many maps and opponents, this game can be replayed endlessly for tons of strategy practice and fun!

Here is your chance to dominate the world! Play Lux Delux now and conquer all enemies!

Lux Delux is for the most part a Risk clone which brings the fun and addicting board game to your PC and adds several intriguing features that make it hard to put down. The gameplay stays rather traditional with players taking turns deploying armies, attacking enemy countries, fortifying your positions, and trading in cards for more units. The ultimate goal is to gain control of every region on the map.

The nice feature of moving this style of gameplay to the PC is that games are much faster since there is no set-up time and combat dice rolls occur with just the click of a button. This means that if you play against some of the computer controlled bots it is conceivable to finish a game in only thirty minutes. In fact, the bots are one place where Lux Delux shines since there are a wide variety of them with rather unusual names such as Reaper, Shaft, Killbot, BotOfDoom, Communists, Angry, and Stinky, but what is really interesting is how they each have different personalities and levels of strategy which affect how difficult they are to face. Additionally, you can even download a designer from the developer's site and create your own bots to play against.

It is probably the versatility and wide range of options which makes Lux Delux stand out. There are hundreds of different maps which you can download and try out, such as maps with themes like Outer Space, U.S. War Zone, Roman Empire, Castle Lux, or Antartica. There is also a map designer which lets you create and upload your own maps. There is also a rather extensive and active online community which means it is easy to find network games to play and more player-created content. Add all these facts together and there are hours of fascinating gameplay to be found.

There aren't many downsides to Lux Delux, especially if you are any kind of strategy board game fan, but there were some slight issues which might put off new gamers to this genre. While playing against the computer can be rather quick and easy, facing human opponents can prolong a game significantly. Even with the option to set turn time limits, a game against other players can take around 3 to 4 hours, if not longer. This may be a bit more of a commitment than some players are willing to put forth and it is fairly frowned upon to leave a game mid-match. Also, the graphics and sound for some of the maps are a bit dull, but the real appeal of this title is the gameplay.

Overall, Lux Delux provides an entertaining and addicting strategic experience that is sure to keep you playing for hours on end. If you are any kind of fan of classic Risk-style action, then you should definitely give this game a try. Plus, the options and community support makes this a great title for new players to sink their teeth into this intriguing genre.

Watch how easy it is to take over the world in Lux Delux! 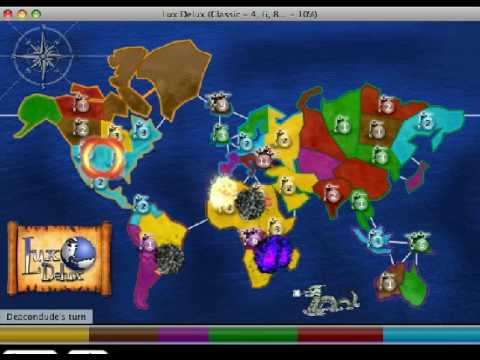 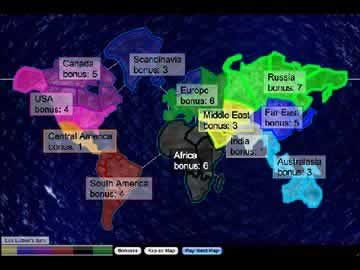 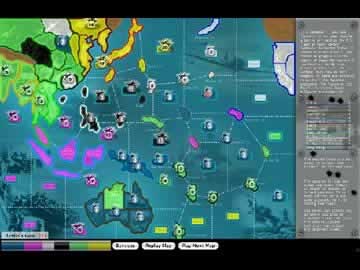