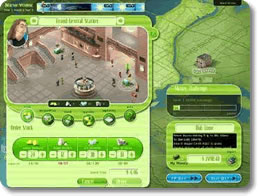 Lemonade selling fun is back with more business opportunity in New York City!

Selling lemonade isn't just for kids anymore! Now you can storm the streets of New York City - from the Bronx to Time Square - building your lemonade empire!

Lemonade Tycoon 2 offers more features, more chances to make money, and yet all the same fun as the original. Now you can run more than 1 lemonade stand at once, either in the same district or in multiple areas targeting different income classes.

Another awesome feature of Lemonade Tycoon 2 is immediate and specific customer response to your lemonade.

Price too high? They'll tell you. Not enough lemons? You can find that out too. This lets you hone in on exactly the problem with your business, letting you make the necessary adjustments to achieve greater success.

Lemonade Tycoon 2 is a simple simulation game that will send you throughout the streets of New York on a quest to sell lemonade. Like it's prequel, this tycoon allows you to fulfill your childhood dream of opening a successful lemonade stand, while surpassing your expectations and presumed limits of a lemonade business. Become a lemonade tycoon and rise in the ranks from a simple street vendor in the Bronx, to a franchise owning lemonade tycoon in Times Square.

This sequel maintains a lot of the core elements seen in the first version of the game, while expanding and developing new facets. Like in the original, you will start the game with a small amount of start-up money which will be used to by ingredients and pay for your initial renters permit. It becomes your job to formulate the lemonade recipe by combing sugar, lemon juice, and ice correctly, while simultaneously scouting out locations that could be potential money makers. As your success grows you will make more money and you can upgrade your stand.

Upgrades Give You Another Level of Control and Strategy

Upgrades in this sequel work differently than in the original. Rather than earning money to constantly upgrade your cart, this game allows for a certain number of upgrades per cart. Starting off with the basic wagon, you will have two upgrades. These are relatively inexpensive and will only increase your business slightly. You might install a “boom-box” for your customers to listen to so they don't get bored while waiting in line. Once you've used your two alloted upgrades you can either improve or sell your cart, or buy a new one at a different location. Upgrading your cart will allow you to hold more inventory, while also increasing the number of upgrades your cart can have. Upgrades also improve as your cart improves. For example, the first cart can only be upgraded to having a calculator, while the second level of cart can have both a calculator and a cash register.

In addition to the upgrades, this game's system of renting is also different. You start in the cheapest renting area, the Bronx. You will pay five dollars a day for a permit and five dollars a day for your staff. As you earn money through selling lemonade you can upgrade your cart, like mentioned above, or you can move your cart to areas with higher foot traffic. You might want to run 2 carts and earn double the money, so starting a cart in Brooklyn as well as the Bronx might be a nice option for you. Brooklyn, with the slightly higher rental permit, will increase your profits.

As your successes build you can open more and more stands in different locations. Lemonade Tycoon 2 allows you to open and run 10 carts simultaneously, throughout the different districts of New York, including the Statue of Liberty and Times Square. The higher traffic areas are more expensive, but can reap greater rewards. Though the game tends to be simple, the varying locations and multiple stands provide a strong strategic element.

As far as drawbacks are concerned, this game has a few minor ones. The most notable being re-playability. All the game modes of Lemonade Tycoon 2 are very similar and the objectives are all executed in a similar way. This repetition can make the game monotonous as time passes, and it might make you not want to play again after winning. Another, slightly less important drawback, is with constructing the perfect lemonade recipe. Figuring out the right ingredients is tough to do and varies day to day based on factors like the weather. This makes it difficult, especially early to know if you are on the right track with your recipe.

Conclusion - A Good Successor to the Original

On the surface this game may come off as simple and possibly boring, but as you begin to play and upgrade your stand, you begin to appreciate its greatness. Lemonade Tycoon 2 has you fulfilling childhood dreams , building a lemonade franchise one glass at a time. This game does not require a lot of time and is recommended for anyone interested in an easy to play simulation. If you are a fan of the original version, or if you have hopes of making it as a lemonade entrepreneur, this game is for you. 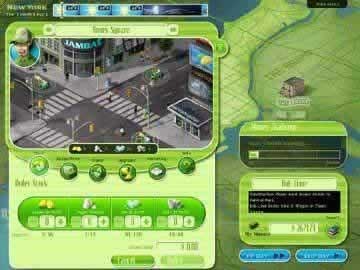 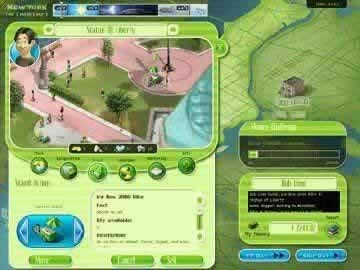