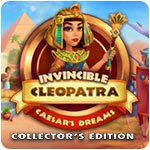 In gorgeous and lovely Egypt, calm and serene days continued as normal. Until the Roman army arrived at the renowned city of Memphis, intending to seize the entire Nile valley. The Egyptian people's final hope is that beloved Queen Cleopatra would be able to persuade Caesar to call a halt to the war. But how do you do it? Between Cleopatra and Caesar, there lies an army of enemies. Ptah, the ancient deity, replied to Cleopatra's prayers by sending her a vision of a gleaming amulet that allows her to enter other people's dreams. Now the Egyptian Queen must locate this enigmatic necklace, enter Caesar's dreamworld, and begin their peace negotiations there! Will Cleopatra be able to complete her crucial mission? Find out by playing Invincible Cleopatra: Caesar's Dreams! You will go through the Nile Valley with Egyptian Queen, meeting the Sphinx, Egyptian gods, and fantastic animals! You'll see the tombs of the Sphinx and the bizarre realm of Caesar's nightmares! Egypt's future is in your hands! 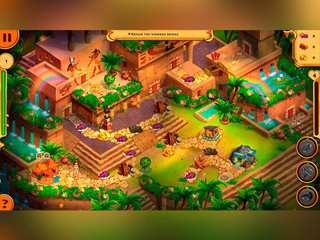 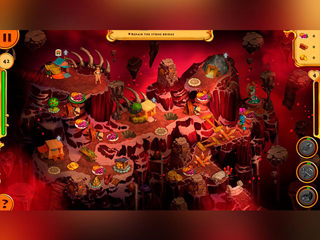