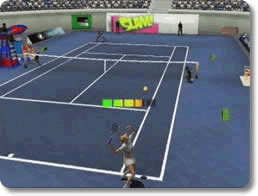 Train up a personalized player and compete!

In the harsh, pitiless world of professional tennis, legends and careers are made and lost in the lightning-quick slash of a racket! In World Tour mode, you start as the 101st ranked player on the globe and have nine short years to overtake all your rivals and climb to the number one world ranking.

Begin by customizing every aspect of your character's appearance and training to reach peak physical condition. You'll need every bit of strength, stamina and skill you've got as you earn ranking points and prize money by winning tournaments throughout each tennis season.

Multiple modes deliver something for everyone

Play with or against your friends in multiplayer singles or doubles action. Also, Championship and Quick Match modes allow you to get right onto the court. Enjoy an easygoing match against a training partner while sharpening your skills to be ready for the bright lights of Center Court!

International Tennis Pro takes you to ten beautiful, sunny locations across the world, from Cancun, Mexico and Rio de Janeiro, Brazil to Mumbai, India and Sydney, Australia. The sights and sounds of the tennis world explode right out of your computer! Anywhere you go, eager crowds hang on every serve, forehand, and volley. Earn their cheers with victory, or fall into tennis obscurity with defeat.

Do you have what it takes to reach the top? Download International Tennis Pro & find out!

International Tennis Pro is a fun tennis game that's a great option for anyone who enjoys the sport. There's a good multiplayer offering that allows you to play with or against friends. There are several different locations you play in. The World Tour mode lets you create a player that you can improve as you win games. There are a few issues, but there's still plenty to enjoy.

The game has all the rules and play of any normal tennis game. You play one-on-one (or two-on-two) in a match where you goal is to score points and thus win sets and eventually the match. You score points by hitting the tennis ball into the opponents court so that it either bounces twice or they are unable to hit it before it bounces out of bounds. If you do so, you earn points, and if you earn enough before your opponent you win the set. You play sets until one player wins enough to win the match and end the game.

International Tennis Pro has two modes of play: Quick Match and World Tour. The Quick Match mode lets you select a tennis player, level of difficulty, match type, and then jump right into the action. You can play singles or doubles matches in this mode.

The World Tour mode has you create a player and advance through the tennis rankings to become the best player in the world. You match up against computer opponents, and as you progress you can improve your player's abilities. The downside for this mode is the limited number of customization options when creating your character. Being able to create, customize, and improve a character is a great feature. However, you only have a few options for your character to change, which is a bit disappointing.

The Quick Match mode offers three levels of difficulty to choose from, allowing you to tune your opponents to a level that fits your skill. The World Tour mode, however, does not. Instead, you play matches to improve your rankings and your player. The better your player, the easier your matches. Matches can be extremely challenging at first, but it does get easier as you progress.

Controls Can Be Frustrating

The biggest issue with the game is the controls. The game doesn't have any sort of introduction to or explanation of the controls, so you have to try and learn them on your own. Even after playing a while, you still might not figure them all out. It's an unneeded hassle that could have easily been avoided.

Another issue with the controls is the difficulty in hitting and directing the ball. It's very easy to be unable to hit balls if you're moving, which can cause you to miss balls you should have easily been able to hit. It's also difficult to aim or direct the ball with your hit so that your opponent can't hit it. The controls can be frustrating at times and hamper gameplay.

The graphics in International Tennis Pro won't blow you away, but they're decent and on par with other similar games. The sounds are a bit limited, but there is some commentary that is a good addition to the game. Neither really stands out, but they don't detract from the gameplay either.

Conclusion - Good For Tennis Fans That Can Master the Controls

International Tennis Pro is a fairly good tennis simulation game. If you don't mind some of the control issues, there's some great tennis action in the game. You can play with up to three friends on your computer in doubles matches, or go head-to-head against a friend in singles matches. You can play a quick and simple match, or create a player and advance through the ranks. This game is a good choice for any tennis fan. 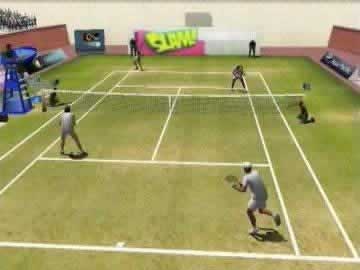 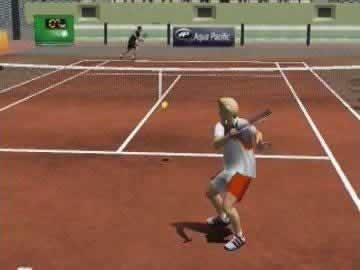