Attack Strategic Locations and Defend Your Territory in Immortal Defense 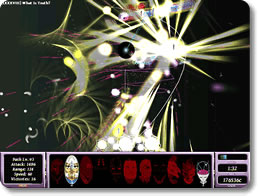 Bodiless, He Will Fight a Battle of Immortals!

To save his family from attacking spaceships, he gives up his body and becomes a being of energy. In this state, he can battle the enemies in pathspace, a place that traveling spaceships must pass through.

What are the effects of no longer having a body and becoming an immortal being? Will he get more than he bargained for? Explore 96 exciting levels in this thrilling science fiction tower defense game!

Defend Pathspace With Your Willpower

Place tower-like attack points at strategic locations along a winding section of pathspace for each level. Enemy ships will begin at one end of the path and travel along it. The goal is to destroy them with your attack points or your spaceship's weapons.

Attack points represent elements of your willpower. For example, you can choose the Fear Point to slow enemies or the Courage Point to destroy them with huge firepower. You can earn 13 different upgradeable attack points, each with unique specialties, and they will all come in handy as you face 26 types of enemies and numerous challenging bosses!

Get ready for the ultimate entertainment with destructive science fiction action combined with a spellbinding, deep story! Learn how to strategically place the action points according to their specialties as you race to defeat all the enemies. The bright graphics are interesting and add to the science fiction feel of the game while stealing you away into an enthralling world of immortality.

He is willing to give up his body to fight-are you willing to help him now in Immortal Defense?

Immortal Defense is a unique take on defense strategy using figments of willpower and emotion to protect the path against enemies rather than tower construction. 6 Campaigns, 96 levels, and 10 degrees of difficulty provide days of challenging and addicting game play. There are 11 upgradeable forms of defense such as fear, love, pride, ortho, hate, and courage which all have unique attacks appropriate for different types of pathways. In later levels, the path will also change colors causing the enemy to move faster, slower, or even stop in their tracks as they are moving along the path. The game's great story line will tug at your emotions and make you continue to fight for the lives of your loved ones. This game takes a little getting used to but will capture your attention after just a couple levels. Definitely something new and different to try out for anyone who enjoys defense strategy games. 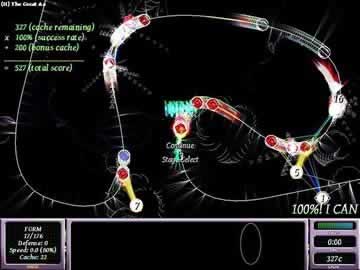 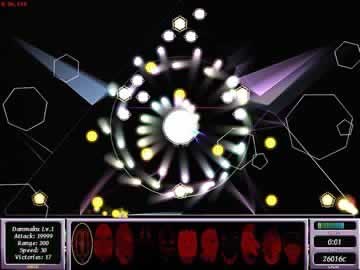