Farm, Milk and Manage Your Way to Success in a Never-ending Vacation! 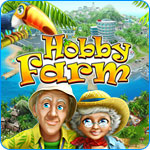 Congratulations are in order for old John and Jill McCoy, and their recent purchase of a tropical island. With its fertile soil and ample population of animals to be domesticated, it seems to be a place of prime real estate for someone to run their own little farm, and that’s what Jill has set out to do!

But unbeknownst to the McCoys, the owner of the neighboring island is after a fantastic treasure supposedly buried in the area. And he doesn’t care for the new company, who he suspects might also be trying to take what he thinks rightfully belongs to him.

Can the McCoys run a successful farm in the wake of a bad neighbor out to sabotage them? That’s up to you!

Hard Work, Even in Paradise

Even though John and Jill’s ownership of the island could easily be taken as an extended vacation, working a hobby farm in tropical paradise is still going to be hard. They’ve got clients to satisfy, always changing quotas to fulfill, and only so many hours in the day.

Plant a variety of exotic crops.
Raise animals, including goats, chickens and donkeys, to produce milk and eggs.
Build a number of machines to make goods, like jam, using your own produce.
Chase off thieves who come at night to steal the fruits of your hard labor, in both the literal and figurative sense.

Control the Look of Your Farm

In Hobby Farm, the island is all yours! Choose for yourself the layout of your farm! Experiment and see what look allows you to operate it at the most efficient level!

Design the size and shape of your fields, and designate what plants will grow where.
Decide where your livestock will be housed, and where they can feed and drink.
Position your tools, machinery and seeds carefully. Minimize walking distance, but try not to create any obstructions.
Start off small, then gradually expand!

Play in the Sandbox Mode

Concerned about finishing the story campaign and having nothing left to do in Hobby Farm? Don’t be! Play the Relaxed Mode! Start your humble farm from scratch and build it up to a thriving plantation at your own pace!

Specialize in what crops you’ll grow, animals you’ll raise, and/or what goods you’ll produce. Play Hobby Farm like a simulator, and create your own distinct farm and play style.

Ready to Buy the Farm?

With over 50 levels to complete, two modes of play, colorful three-dimensional graphics, open-ended gameplay, and a staggering amount of produce to…produce, Hobby Farm provides ample bang for the buck of any fan of the time management and simulator genre.

So grab a spade, bucket and basket, and join Jill McCoy into making a profitable farm in a not so usual locale. 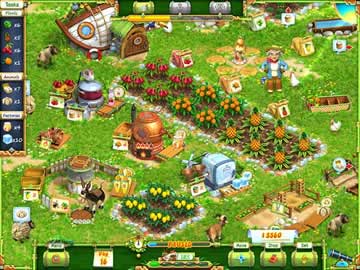 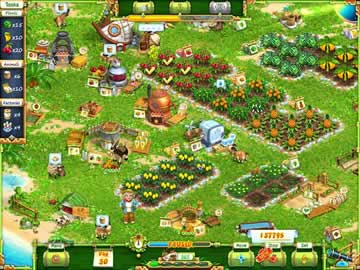