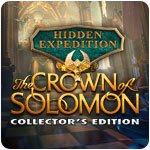 Continuing as part of the Hidden Expedition series of games, Hidden Expedition: The Crown of Solomon has you attempting to find the pieces of King Solomon's crown. Through a series of puzzles, Hidden Object scenes, and new areas to explore, you must foil an evil madman's plot while tracking down the important artifact.

Starting out on a plane, there are thrills and spills galore as you traverse the world of Hidden Expedition: The Crown of Solomon. Expect to have to deal with various different scenarios with this action packed adventure game. This isn't your regular casual Hidden Object adventure game by any means.

So much to see and do

Hidden Expedition: The Crown of Solomon is the ideal adventure game for any level of experience, thanks to its customizable difficulty curve. You'll be able to tweak it however you want, and either simply enjoy the storyline or the challenge that comes with it. No other game has had a difficulty system quite like this one, meaning you're always in control of the action.

An extensive variety of cut scenes and voice overs are available to ensure you're always interested in what's going on next.

Best of all? It's a gripping tale of intrigue that will ensnare you from start to finish. Each step of the way, you're taken through a series of twists and turns. Enjoy the ride as you seek out all the parts of King Solomon's crown.

Hidden Expedition: The Crown of Solomon takes you on quite the whirlwind adventure. Starting out, you're on a plane and before you know it, you're parachuting out of it at full speed. This isn't your regular casual adventure game. Working as part of H.E.L.P, your mission is to find the stolen pieces of the Crown of Solomon, and it'll take you around the world. Sometimes, it's a little too easy, but it's never less than satisfying to play through.

Beautiful to look at

Much of that is thanks to Hidden Expedition: The Crown of Solomon's attention to detail. It looks pretty appealing thanks to some great artwork, and a series of cutscenes keep you in the know at all times. It's all backed up by a series of historical facts that you can collect through various fact cards scattered around each new area. Besides being fun to collect, it's a good way of extending the longevity of the game.

It's the puzzles that will keep you interested though, even if they're rarely tough. Many are very logical, such as having you rotate a series of balls to match a pattern. Others are more a matter of interacting with certain items in the correct way, such as by refilling a lighter and igniting it at a pivotal moment. Another type might require you to get the weighting of a few objects just right. To some old hands, it might feel like you've done this before, though. At other times, it might feel like you're not sure what to do next but invariably, simply analyzing a situation briefly will help you deduce things.

Plenty to seek out

What's most rewarding is the series of Hidden Object scenes. Liberally scattered around to break up the action, these are simple but varied. Some lists have you identifying objects through their pictures, while others offer a similar picture rather than something identical. Another type has you dealing with text based lists. Oftentimes, you're working your way through many different types of list for one Hidden Object challenge.

Hidden Expedition: The Crown of Solomon approaches difficulty levels in an original way compared to many others of its kind. You can choose a specific option such as easy or hard, but you can also tweak things bit by bit, making certain parts of the game trickier than others, for instance. Overall, no matter what you adjust, the puzzles are rarely very difficult, but it does go some way to ensuring this is a welcoming game to players. Even if they've never played this kind of game before.

Not so hard after all

For many though, that's the key problem for Hidden Expedition: The Crown of Solomon. It is rather easy to complete. Even if you bump the difficulty up to its highest level, anyone who has played such a game before won't be challenged. As it's part of a series, it's highly likely you've played something similar before, meaning this won't be taxing your brain by any means.

Hidden Expedition: The Crown of Solomon isn't going to test your puzzle solving skills. It isn't even going to test your Hidden Object spotting prowess, but it is a lot of fun. Sometimes, you just want to play something where you enjoy the ride rather than be tested in any way. When that mood strikes, Hidden Expedition: The Crown of Solomon is the ideal game to dive into. It tells an interesting story, ensuring you'll be captivated each step of the way, even if you won't be challenged by its logic. Where things can turn longer in length is when it comes to tracking down all the collectibles within the game. It does a pretty good job of keeping you keen to look around at every area possible, giving you plenty of satisfaction. 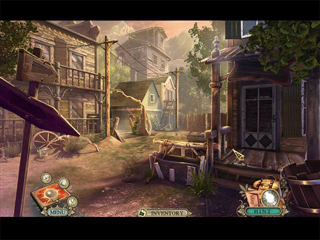 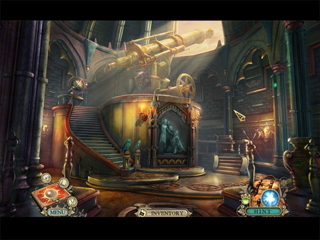