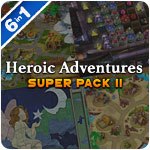 Enjoy another new Super Pack of six thrilling adventures this holiday season! Join the Viking Brothers to restore a battle-scarred kingdom, use powerful magic to protect the Moai and their precious island, control the elements to determine the destiny of a future queen an much more!

Moai 5: New Generation Collector's Edition
Powerful magic is at your fingertips as you prepare for a ceremony that will protect your island home! Guide the young twins Hika-Ri and Kao-Ri as they go their separate ways on a journey that will culminate in a once-in-a-lifetime experience. You will also unleash the power of nature by drawing elemental signs on your screen using your mouse cursor.

Claws & Feathers 3
The birds and cats are back in an all-new puzzle adventure that sends them soaring across the galaxy in search of a new home! When a zombie apocalypse ravages their home planet, the birds board a spaceship and set off for the stars. But they're not alone! Their eternal rivals, the cats, snuck on board and will do everything they can to make the journey an unpleasant one!

Rescue Team 7
Mother Nature has met her match! When the Earth trembles, volcanoes rumble and thunder splits the sky, the Rescue Team is there to save the day. Guide this expert group of thrill-seekers with a heart for helping people as they dig through the rubble of one disastrous scene after another to save victims and rebuild towns.

Viking Brothers 2
History says there was a time when the Vikings ruled the world. But legend says it once took only two of them to save it! Join Viking brothers Everand and Boromere as they set off on an all-new, humor-filled adventure to right wrongs, do good and keep their tankards filled with ale!

Mosaic: Game of Gods II
Enter a world of magic and wonder to save the Goddess of Creation from the grip of Darkness. Each step of your journey will challenge you to assemble a colorful hand drawn scene. With stunningly beautiful art, 150 puzzles, and a heartwarming story of love and redemption, Mosaic: Game of Gods 2 will captivate you for hours on end!

Weather Lord: Graduation
Control the elements as you determine the destiny of a future queen! The legacy of the Weather Lord continues as King Victor and Queen Victoria prepare to pass the royal torch to their daughter, Jenny. But before Jenny can rule, she must learn the ropes! That day comes when pirates steal the Great Dragon's golden egg. Help Jenny and her mentor save the day before the beast unleashes the full fury of her wrath! 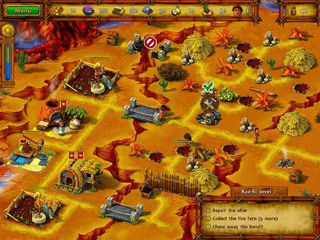 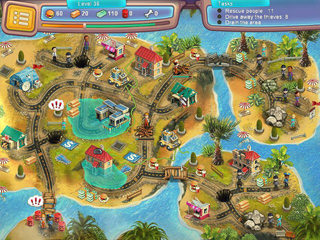