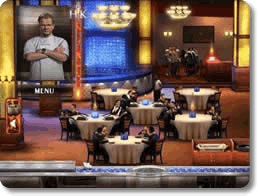 The Hit TV Show for play on your PC!

Bring all the chaos and controversy of the hit reality television series right into your home with Hell's Kitchen, the video game!

In career mode, you'll go from a lowly dishwasher to a senior chef in five short weeks . . . if you can satisfy Gordon Ramsay and his famously short-tempered personality, that is!

An eerily realistic likeness of the abrasive chef watches your every move as you do it all in your very own restaurant. Prepare the ingredients, cook the food, serve the meals, and clear the dishes!

Hell's Kitchen combines the chaotic hustle and bustle of a real restaurant with the high-pressure experience of contestants on the television show.

Start small and work your way up!

You won't be overwhelmed at the beginning, because your tasks will be simple and Chef Ramsay will be fairly easy to please.

As you go, however, things get more challenging, and more fun! More customers and more food mean more confusion, so keep things under control or experience the full wrath of Gordon Ramsay's anger just like wayward Hell's Kitchen contestants! On the other hand, earn his praise with quality cooking and timely preparation.

Compete for Ramsay's favor with a friend, or work together

In addition to career mode, Hell's Kitchen comes with cooperative and competitive multiplayer modes so you and a friend can choose whether to play as a team, or as opponents just like the contestants on the television show!

For those who like to focus solely on food preparation and cooking, arcade mode eliminates the serving aspect of the game.

Get authentic recipes to cook with at home!

As you advance through the weeks, unlock more than 40 real recipes, many of which are available only to owners of the game. Impress your friends by serving them Grapefruit and Blood Orange Terrine with Marmalade Ice Cream, specially made from Gordon Ramsay's personal recipe! Starters, main courses, and desserts are all included.

If you've ever wondered what it's like to be in a reality cooking show, or just enjoy food, you should download Hell's Kitchen right now! It leaves you saying, in the words of Gordon Ramsay himself, "Now I've tasted something delicious!"

Those who enjoy the Hell's Kitchen television series will get a kick out of listening to chef Gordon Ramsay impune their own progress from the comfort of their personal computer. If you are able to make it through four grueling weeks, working through the ranks from Apprentice to Senior Cook, then you have survived Hell's Kitchen.

Toggle between the restaurant floor and kitchen as it is the player's responsibility to manage both food preparation and customer service. As customers grow impatient over a wait, only preparing 5 star quality food can mend their complaints and it is your goal to do just that.

It is of the utmost import to effectively manage the order in which ingredients are prepared, and added to each dish and failing to do so properly can result in your failure for the day. If scores earned are insufficient, any day of the week may be selected for replay to earn a more respectable score which increases the replay value substantially.

Not a Lot of Variety on the Menu

Sadly, although difficulty does increase towards the latter parts of the game, tasks to complete are essentially always the same and therefore become redundant rather quickly. Furthermore, although new components are incrementally introduced as game play progresses, they are introduced too infrequently to bolster real difficulty.  As you complete each day a new recipe is earned and added to the cookbook, which can be opened and used in real life cooking.

This game gives an authentic feel akin to the show, and Gordon's forceful voice overs certainly contribute to this fact. However, he is only programmed to respond with a limited number of key phrases so the dramatic effect is somewhat decreased. Graphics themselves are well-developed and enjoyable to behold and really increase the value of the game.

Conclusion - For Enthusiasts of the Show

Overall, Hell's Kitchen is a pleasurable game due to its wonderful graphics and likeness to the original television show. Enthusiasts for both the program and the task management genre will be instantly hooked, and others are strongly encouraged to test their abilities in Hell's Kitchen.

Player created video showing a full level from the game. 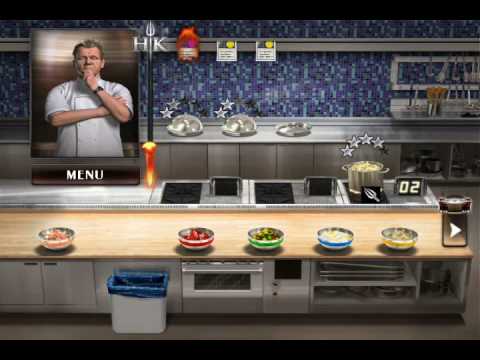 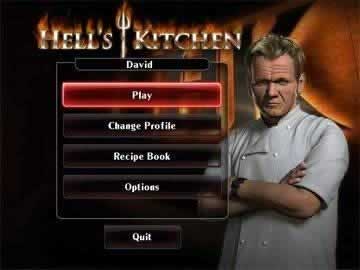 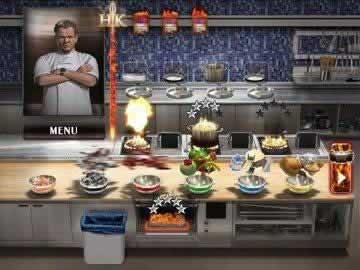