Have a haunted Halloween with this ghoulish super pack! 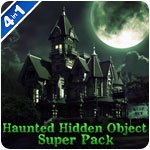 Have a haunted Halloween with this ghoulish super pack!

Cursed Fates: The Headless Horseman
In the northern part of the state, near the upper reaches of the Hudson River, there is a town named Sleepy Hollow. As is often the case, small towns hide big mysteries. A chain of bloody events commenced one ordinary night. A secret marriage and a new will have inflicted a dreadful curse upon this town. A terrible legend has become reality. The legend of a terrifying creature returned from hell.

Left in the Dark: No One Onboard
When private detective Charlotte Austin accepts her latest commission, she immediately knows it will be an unusual one. A bizarre letter from the Mayor of Port Providence arrives asking for help investigating the mysterious disappearance of a missing ship, which has suddenly reappeared without crew or cargo.

During her first attempts to solve the case, Charlotte realizes that the reports in the local press about an alleged curse may be more than local folklore. Her encounter with a hooded figure in the supposedly abandoned shipwreck, along with other seemingly impossible events, reinforce her belief that there is more going on in Portsmouth than meets the eye.

Detective Austin must discover the link between the abandoned ship, Devil Island, and the unsolved murder of a local family. Will she discover the curse that is dooming ships out of Portsmouth, and be able to stop it before more people die?

Legacy: Witch Island
An innocent hot air balloon ride goes awry and you land on a mysterious island. Images from the past come to life and you must save your friend Peter in Legacy - Witch Island, an intriguing and curious hidden object adventure.

The mirror you inherited from your grandmother carries with it secrets from the family's past. Your dreams have been taking you to an unknown island with an ominous foreboding. And now here you are, lost but somehow familiar. You know you must solve the mystery, protect yourself, free the past, and save your friend. With the clever raccoon and other helpful characters along the way, you're sure to succeed.

After killing 21 men while he was alive, Blackjack is back to kill many more - you'll be at the edge of your seat trying to figure out what is coming next! Break Blackjack's evil curse and save the day while enjoying the incredible Hidden Object Puzzle Adventure gameplay. Play your way through over 35 different locations while solving 40+ puzzles and mini-games in search of the ghostly villain Blackjack! 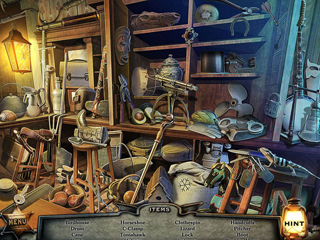 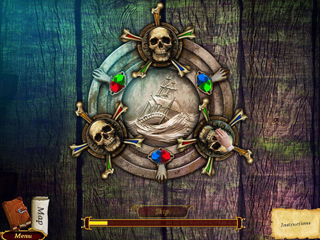