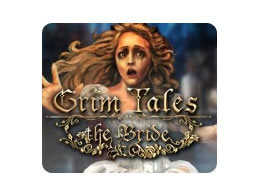 Save Your Sister in this Frightening, Puzzle-Filled Adventure!

Your story began happily enough. You were born into good money, had a loving mother, and most of all, a young sister named Luisa of whom you were very close.

But then, one day, your mother died, and it all came to an end; you had to attend school in hopes of being able to eventually take over the family’s estate, and young Luisa had to stay behind in the care of her nanny.

Years passed, and you hear that Luisa has recently become engaged. But on the day of her wedding, tragedy strikes again! Luisa disappears, with rumors of a dark figure pushing her into the river.

Not one to just leave things be, you set off to uncover the truth behind your sister’s death and disappearance, unearthing secrets that have long since been buried. Just hope you don’t come to regret it.

Grim Tales: The Bride sets you off on an eerie mystery spanning across six chapters. You’ll explore the manor’s grounds and see how it has deteriorated over the years in your absence. And you’ll literally delve into the memory of your fallen sister to uncover the events that led up to her demise.

And all throughout, you will be treated to beautifully drawn visuals and a hauntingly beautiful musical score, bringing the gloomy world of Grim Tales to life, even as most of your dealings will be done with the dead.

Think, Even as You Fear

As always, however, you can’t expect the going to be easy. The manor is not on your side, and uncovering its secrets will require a lot of brainpower out of you.

You must collect a number of items to get to and inside inaccessible places, including keys to open doors, ladders to reach high areas, or a machete to hack through overgrown bushes. At other times, you will have to engage in a variety of hidden object sequences, puzzles, and mini-games to proceed.

Never fear, though, should you get stuck. You always have a little journal on hand that records your progress, ready to remind you of places and things of interest that you have uncovered

And if that is not enough, you can always summon a timely hint to point you in the right direction. The quality of the hints and how often they are available to you will depend on which of the three levels of difficulty you select.

A Darker Spin on the Genre

Dripping with atmosphere, Grim Tales: The Bride offers an alternative and rarely seen take for adventure games. Fans of the genre looking for something a little more macabre should not miss this. Just as long as you heed this warning: don’t play with the lights off. 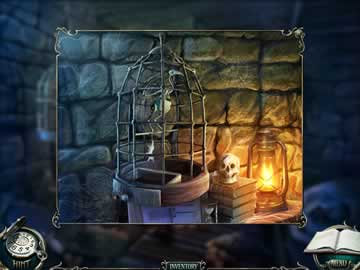 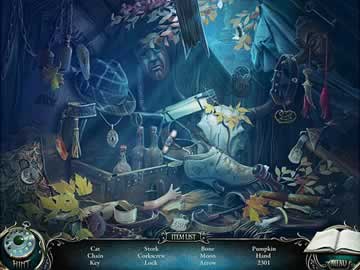