Home > Freeware Games > A Game with a Kitty 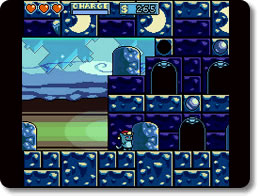 Read Full A Game with a Kitty Review

Here's another fun and easy to play freeware title on a classic side-scrolling platform!

In "A Game With a Kitty" you'll be playing a brave Kitty on an adventure to explore a new and mysterious tower that has appeared down south.

You'll work your way through some challenging and exciting levels in your quest to unfurl the true meaning of the enigmatic southern tower, but beware - your progress will be challenged by plenty of stinky koalas!

If you're a fan of Super Mario World then you have to try A Game With A Kitty. Even if you're not a fan you should still try this game. The side scrolling adventure with a rather unintelligent cat as the hero will suck you in and make you want to keep playing. Collecting coins and battling bosses on your quest to investigate the mysterious towers is just part of the adventure. All this is completely free of charge.

The story begins in Kicas town, you are Kittey the village idiot. The elder of the town approaches you and tells you that you have been selected to investigate the tower that has mysteriously appeared to the south. You are not selected because you are skilled at anything and the elder makes this perfectly clear as he repeatedly insults you. Kittey then sets out on the adventure to discover not one but several towers that must be explored. Each tower will require you to collect shillings (coins) to purchase skills required to enter the towers.

Collect Coins in Towers (It's Better Than It Sounds)

The game is divided up into areas, one area for each tower. There are a couple levels and a tower in each area. The levels are places for you collect coins and earn skills. Skills improve your ability to navigate levels. You will gain abilities that allow you to run faster, use your hat as a glider and the ability to hover and charge.

Controlling these abilities and Kittey is done with the arrow keys for movement, shift to jump and control to run. Each level will tell you how many hidden sacks of coins there are in the level. Sacks of coins vary in value and increase as you move farther into the game. There are very few loose coins in each level so finding the hidden sacks of coins is necessary. It is often unnecessary to locate all the hidden coins since more are offered then are needed. The second tower requires 350 shillings but the levels offer 500. Fully completing the levels is also unnecessary. At the end of the tower levels you will have to fight a boss to unlock the next set of levels.

The graphics and sound are very similar to Super Nintendo style graphics and sound. The environment is 2D and side scrolling with a background picture. The sound is very well done and gives the game a very adventurous feel. Even though the graphics don't meet current standards they in no way detract from the game, instead they even give it a retro feel.

Controls and Screen Size Can Be Annoying

The game does suffer from a few minor flaws. The controls can be uncomfortable to use because they are so close together. Since there is no way to adjust the controls you are stuck with them as is. Another problem is the screen size. Even in full screen mode the game may only utilize one eighth of your screen making it difficult to see certain items. Though these are relatively minor inconveniences they can become irritating.

While the game may not take you long to beat you can always go back to collect all the shillings. The side scrolling adventure will bring back memories for anyone who played the SNES or NES systems. Easy controls and relatively challenging gameplay make this a game suitable for anyone who wants to play. With this being a completely free download there is no reason to not try it out.

Click above to watch some of the action that is A Game With a Kitty. 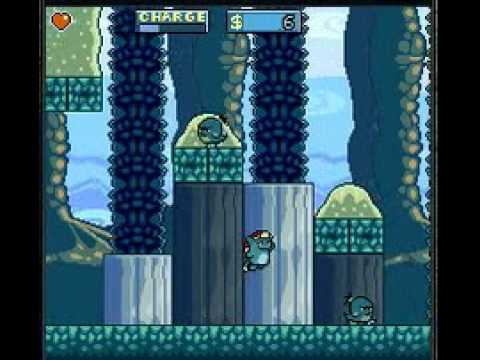 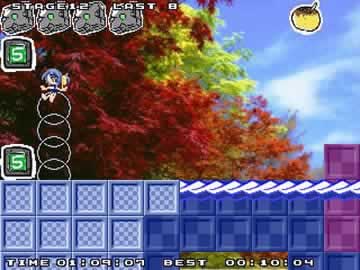 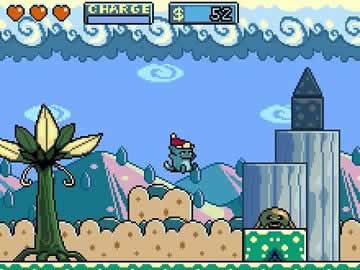 Rate: A Game with a Kitty